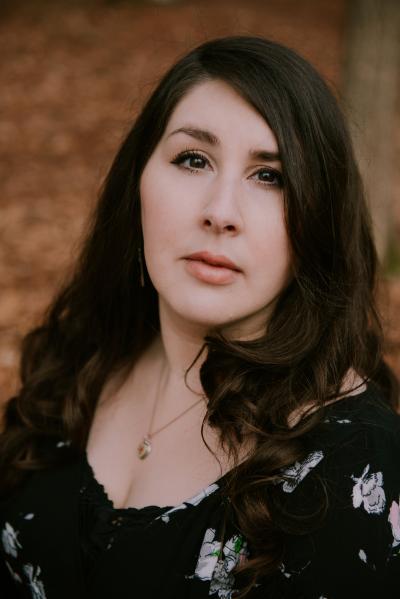 He could never trust a thing, he says,
that bleeds for seven days and doesn’t
die. Ha. Just a joke, he says. Lighten up.
Ha. By this red he tries to read me right
between the eyes.
—from “Portrait of the Woman as Blood”, Fall 2018 (Vol. 59, Issue 3)

Tell us about one of the first pieces you wrote.
Before I could read, I’d sit in the child’s seat in the grocery cart and make up poems as my mother pushed the cart and I through Food World. They seemed to be mostly about my grandmother’s collection of ceramic birds and fruits I thought were strange. The first poem that felt different – more solid, more close-to-the-bone – was a poem called “Solitude.” I was in 5th grade and it was extremely dramatic. The last few lines were something like “calm shines through / for a moment or two / but is strangled by the storm.” My parents had a very long “are you okay” conversation with me after they read it.

What writer(s) or works have influenced the way you write now?
I always think of Emily Dickinson as my first teacher. Her work was the gate through which I entered poetry, and I’ve learned more about language—and, most importantly, how language can be twisted and turned, upset and overturned—from an almost constant study of her writing. T.S. Eliot and e.e. cummings were early influences as well.

I was incredibly lucky to have Kate Knapp Johnson as my don at Sarah Lawrence, and the years I spent studying with her contributed monumentally to who I am as a writer and as a person. So did the work I read with her. When I was a freshman, she handed me two books that changed my work and my life, really: Anne Carson’s Glass, Irony, and God and Laura Jensen’s Bad Boats. I came across another life-changing book after grad school: Jo Ann Beard’s The Boys of My Youth, which changed me as a writer of poetry and of nonfiction. I re-read all three every year with an almost religious reverence.

What other professions have you worked in?
I’m an ex-pat from academia, so I’ve spent most of my working life in the college classroom. I taught 8th grade for one year, somehow. Now, I work in content creation and digital marketing.

What inspired you to write this piece?
I wrote “Portrait of the Woman as Blood” after Trump’s derisive comments about Mika Brzezinski. I’d noticed a tendency for him to associate women and blood before then, but his comments about Brzezinski made it clear that this wasn’t an oddity but a tangible reflection of a worldview based on misogyny. As a woman with so-called “female problems,” I’ve lived intimately with that kind of worldview, especially the idea that menstruation was taboo, dirty, filthy, so much so that I even now can’t break my habit of using the euphemism “female problems.” After reading my Twitter feed the day that Trump’s comments about Brzezinski surfaced, I felt angrier and angrier, both at the comments I saw and at myself for perpetuating the idea that blood is shameful. I wrote this poem as a way to reclaim the idea of blood and menstruation as a life-giving force that should inspire gratitude and pride, not shame.

I wrote “The Blood and the Lamb” after hearing a report from Aleppo in which a journalist described the stillness and the beauty of the light through the wreckage. I couldn’t reconcile that image with the image of Omran Daqneesh, the child in the ambulance. At that moment, it just seemed so perverse, this tendency we have as humans to search for moments of beauty in scenes of tragedy and destruction. The idea of praising or glorifying anything as beauty when so many men and women and children were slaughtered—it seemed obscene. Perverse. Cruel. I wrote this poem in outcry against that.

Is there a city or place, real or imagined, that influences your writing?
A lot of my work is, in one way or another, influenced if not by the city of Birmingham, Alabama itself, then the greater Birmingham area. It’s an endlessly and sometimes I think hopelessly complicated place, home to some of the darkest moments in our history. I often see this as a city ruled and ruined by prejudices: racism, classicism, homophobia, hatred against immigrants, hatred against non-Protestant religious groups. And yet this is also my home; this is the place where I grew up, the place where I have experienced so much love in my family life. It’s a constant struggle for me to live here, to love here, to work for the advancement of a place that so often resists advancement so violently. I feel as though the South is my home, the place where I belong; at the same time, I feel as though this is the one place where I’ll never belong. There’s a kernel of that tucked in the soil of just about everything I write.

Is there any specific music that aids you through the writing or editing process?
Music plays a vital role in my problem-solving process. I don’t often listen to music while I draft, but I do often get to a point in a draft where it feels like I’m stubbornly knocking my head against a solid wood wall over and over again. I’ve found that I can only break through that wall if I put the piece to the side and listen to music for a while. Albums that have provided solutions recently: Tori Amos’ Boys for Pele, Beyoncé’s Lemonade, the soundtrack to the musical HAIR, Crosby, Stills & Nash’s first album, and Lana Del Rey’s Lust for Life. 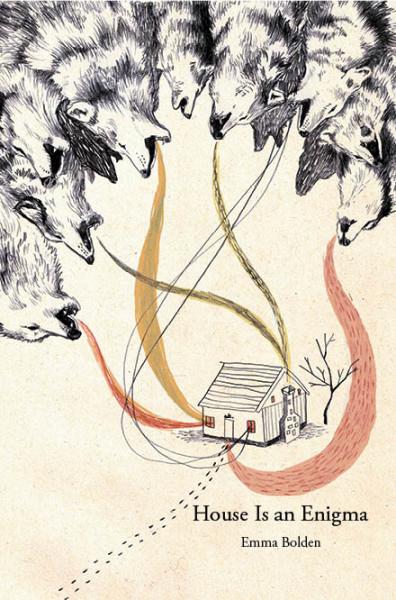 Do you have any rituals or traditions that you do in order to write?
Time is an excruciatingly rare and extremely valuable resource. I like to start writing as soon as I find myself in the presence of that resource, though I do usually spend a few moments in silence and stillness to center myself.

Who typically gets the first read of your work?
Since I left academia, it’s been difficult to find a writing community nearby. I’m grateful for a small circle of friends I’ve found online who are in the same situation and are tremendously good readers.

What are you working on currently?
I’m moving between three projects at the moment. The first is (hopefully) the last set of edits on a collection of essays about the body, exploring my experiences with women’s medicine, an invisible illness, and asexuality. The second is a collection (hopefully) of poems about my ever-more-complicated relationship with the South. The third is still nebulous, but seems to be solidifying (hopefully) into a series of poems about cultural depictions of womanhood, especially on true crime television shows.

EMMA BOLDEN is the author of three full-length collections of poetry: House Is An Enigma (forthcoming from Southeast Missouri State University Press), medi(t)ations, and Maleficae and four chapbooks. The recipient of a 2017 Creative Writing Fellowship from the NEA, her work has appeared in The Best American Poetry, Best Small Fictions, Mississippi Review, The Rumpus, StoryQuarterly, Prairie Schooner, New Madrid, TriQuarterly, Indiana Review, Shenandoah, Greensboro Review, and The Journal. She currently serves as Associate Editor-in-Chief for Tupelo Quarterly.