Much Ado About Everything (Working Titles 1.2) Excerpt 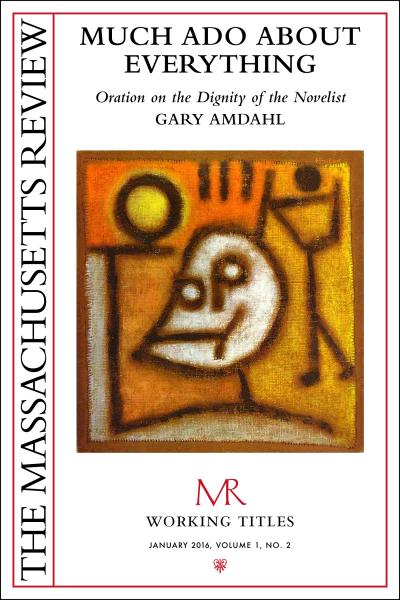 From Much Ado About Everything:

CLEMENT MOTHERS, Sweet Fathers: the Neanderthals laid their dead in graves and covered them with flowers. This is certain, in all the ways that we can approve certainty. It is also possible to think that they sang, wordlessly, and danced, strangely, while they wept. They were, it continues to be possible to think, big sentimental artistic oafs, without the vocal apparatus, without the right shape of jaw, the right kind of teeth, lips, a tongue that did not loll and flex with the articulate power and grace of our later, superior tongues, without the refined larynx, without the properly extended throat, the almighty hyoid bone, perhaps even without the wish, for more articulate speech or abstract language, and the heaven and hell that ensues. (Because it does, and that is why we speak today of dignity.)

Of course—latest discovery, toward which all unctuous certitude collapses and reforms itself—Homo sapiens neanderthalensis did have a perfectly adequate hyoid, and the consensus now is that they could make interesting sounds. They were beautiful and friendly. There is a shadow certainty as well, deriving energy and momentum from a long-standing misunderstanding of the general idea of “evolution”:  that the Neanderthals were—first version—too stupid and brutish to withstand the elegant intellect of Homo sapiens sapiens, or—second version—too outwardly gentle and inwardly meek to withstand the ferocious, preemptive violence that Homo sapiens sapiens understood to be necessary to their growing concept of what a bottom line was, and how fitness contributed to survival.

Steven Mithen, an early historian (or cognitive archaeologist or…) thinks they sang, not just at funerals but to greet, advise, proclaim, excuse, take leave—to say everything. All communication was sung, or perhaps hummed is the better word, he suggests, the humming accompanied by helpful gestures that we would see immediately as dance. Or if not immediately and as dance, then without much delay or doubt as something the woefully misunderstood and discredited François Delsarte, the French singing teacher (1811–1871), believed that gesture was “the direct agent of the heart…the revealer of thought and the commentator upon speech.” “The artist,” he wrote, “should have three objects: to move, to interest, to persuade. He interests by language; he moves by thought; he moves, interests, and persuades by gesture.”

It may be helpful to spend a few more minutes with his ideas: “Speech is an act posterior to will, itself posterior to love; this again posterior to judgment, posterior in its turn to memory, which, finally, is posterior to the impression.”  Which is to say, perhaps, that everything lies static and helpless in our brains until we can figure out how best to present our show to everything that we perceive to be outside our brains…