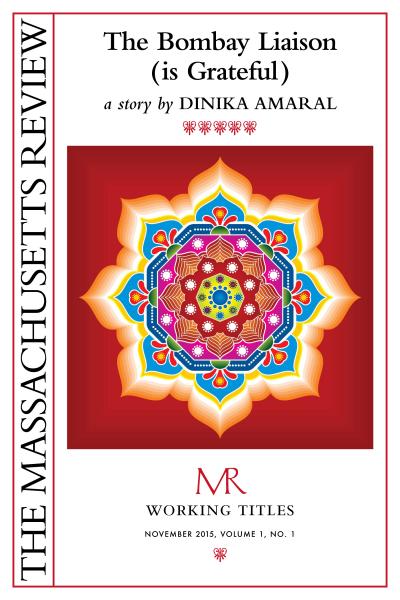 From “The Bombay Liaison (is Grateful)”:

“They all came to India looking for something. For spirituality. For yoga and fasting. To feed their hunger and thirst with spice and other gastronomic items. Some came for business, cheap shopping, a ten-day wedding. Others came to tick off an item on their bucket list, viz., the Great Wall of China, the Eiffel Tower, or the Pyramids and the Sphinx. Still others were attracted by the exotic painted for them, with so many colors, by Bollywood and Hollywood.

Georgina was aware of the spectrum of reasons when she chose India—specifically, the commercial capital, Bombay—as her destination. But, she thought, over one hundred and fifty years of civilizing a backward place, one that would have remained in the dark of its ways had her ancestors not colonized them, earned her the right to be there. Georgina was, after all, a Brit.

Thinking of the other thing that made it possible for her to come made her uncomfortable, so she put it out of her mind. She fiddled with her watch strap. She was here to realize her dream of being a successful entrepreneur. In Bombay was her ticket to a life in business class. She wasn’t about to miss it by mulling over what she promised herself she’d never mull over again.
She glanced in the lift’s mirror, adjusted her ponytail, checked her breath, and had one of the Polo Mints she’d bought at the airport. Then she checked the time again. Brushing imaginary lint from her thigh, Georgina wondered if khakis and a tank top were okay for their expedition.  Would—she really had to learn the woman’s name—her guide be late? Late as per, what was it that the hotel staff had called it? “Indian Standard Time”?

Regardless, she herself was going to be on time. It wouldn’t be a good entrepreneurial move to be late for her first business meeting. Although it wasn’t a business meeting per se, as Georgina would be paying whatever-her-name-was for her services. Without any preamble or warning the lift creaked to a stop in-between floors. She had been warned that it did that. Served her right for losing her nerve and not picking a really expensive hotel like the Taj Mahal Palace.

She grabbed onto the bars of the ancient rusty grille and rattled. “Hallo! Is anybody there?” she said. “Please, can someone help me?” All her cries were met with silence. It did not dawn on her to panic. She wasn’t the panicking type. She was far too practical minded. Even when things went really sour, as they’d done in London before she decided to leave, she remained calm, evaluated her options, and made the right choice—to save herself by flying to Bombay.

When the lift moved, as unexpectedly as when it had first stalled, her watch clocked her at six minutes late. That upset her. She hit the red emergency stop button, got off on the wrong floor, and bounded down the stairs to her first business meeting in the two-star hotel’s lobby….