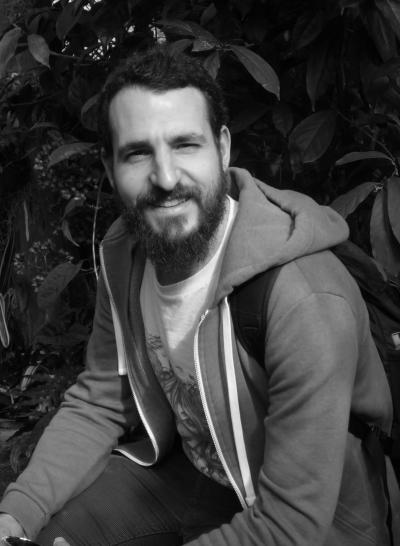 Like vegetation that finds
shelter in so many territories
I swell around the house
surge from your insides when
you feel death coming
—from “That Which Is Only Visible When the Wind Brings It”, Fall 2018 (Vol. 59, Issue 3)

Tell us about one of the first pieces you translated.
Some years back I co-translated a short story by Spanish author Jesús Fernández Santos titled “Although I Don’t Know Your Name” (“Aunque no sé tu nombre”), which appeared in The Coffin Factory. One of the most interesting parts was the conversations I had with my co-translator—the negotiations, the choices, the concessions that each party made the other. They focused on the meaning of words and phrases, of course, but we also spent a lot of time talking about Spain during the last years of the Franco regime. The uncertainty and opacity of the story reflect so vividly the unpredictability of life at the end of the dictatorship.

What writer(s) or works have influenced the way you write now?
I find the work of philosopher Jacques Rancière on the power of literature to render the invisible visible particularly generative in my own work, either as a translator or as a scholar and teacher of literature.

What other professions have you worked in?
I have been in academia pretty much my entire professional life. As a student, though, I worked in kitchens and serving in restaurants during the summers. That gave me the opportunity to travel and, perhaps more importantly, appreciate the often-unacknowledged and incredibly hard work that people in the industry do every day.

What did you want to be when you were young?
I am not sure I had a clear idea of what I wanted to be when I was young. I wanted to take it all one step at a time. I did know, however, that I was intrigued by the possibility of studying cultures that were not my own (not necessarily as an academic occupation, but as a matter of personal interest). This is why I decided to study English and French (neither of them my mother tongues) in college—I was fascinated by the idea of learning how other people’s cultures and histories are expressed through language. The fact that one person can study and learn something that for another is a fundamental part of their lives, almost a given, still amazes me. It’s as if you wanted to study, say, organic chemistry, knowing that some people have always known what it is and how it works, that it’s part of who they are. People may not know about organic chemistry, but they will always know about language, one way or another.

What drew you to write a translation of this piece in particular?
Concha García’s poetry is so powerful in its succinctness. When I first started reading it and discussing the possibility of co-translating it, I was drawn by its calm urgency. García creates very passionate and vigorous poems, but she does so by deceptively quiet means. In contrast with the translation of Fernández Santos’s short story, the conversations between my co-translator, Allison Hutchcraft, and me sometimes had to do with cultural aspects, but we spent a lot of time discussing the language. This was not merely because we were dealing with poetry. We tried to convey how García exploits nuance and subtlety in such compelling ways in the Spanish. And it was amazing to see the creative mind of my co-translator—a poet herself—at work as she came up with such beautiful turns of phrase and equivalences.

Is there a city or place, real or imagined, that influences your writing?
Not really, although having lived in several countries, I sometimes think of my movement between them. As a migrant (and a very privileged one at that), I am absolutely captured by what coming and going, belonging and not belonging, does to oneself. It’s not quite a matter of being in between places, but about the cumulative effect of moving from one to the next.

Is there any specific music that aids you through the writing or editing process?
I listen to a lot of different music. I love discovering new stuff, but when I write (or translate, or edit) I listen to music I know very well so my attention is not compromised. When a specific instrumental phrase or mood I really like comes on I can turn to it for a second, and then go back to the writing. I always write with my big headphones on: they help me be in my head, like a barrier that keeps the rest of the world away.

Do you have any rituals or traditions that you do in order to write?
If having a cup of coffee always available can be considered a ritual, then yes.

What are you working on currently?
I am preparing for publication my book, which explores dialogue, political aesthetics, and modern and contemporary Anglophone fiction, and is forthcoming with the University of Minnesota Press.

What are you reading right now?
Mark Polizzotti’s Sympathy for the Traitor: A Translation Manifesto and Emily Apter’s Unexceptional Politics: On Obstruction, Impasse, and the Impolitic.

JUAN MENESES is an assistant professor in the English Department at the University of North Carolina, Charlotte, where he teaches courses on global literature and visual studies, and a translator.