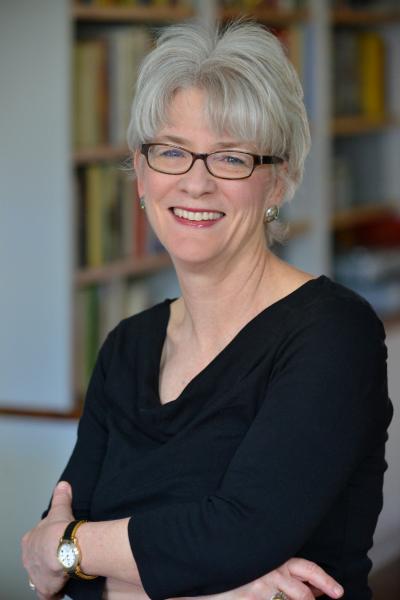 “The same week his father died, Wolfgang Amadeus Mozart conducted a funeral for a starling he had purchased three years ealier in Vienna. Guests at the service wore solemn attire, and Mozart, then thirty-one, eulogized his pet as “not haughty, quite, but gay and bright.”
“My heart,” he said, “aches when I think of him.”
--from “Mozart’s Starling” which appears in the Winter 2016 issue (Volume 57, Issue 4).

When I was in the fourth grade, I wrote a short story based on a true story about my great-grandmother. Some 50 years later, I find myself going back to that great-grandmother as I work on a nonfiction book about her (and my) slaveholding ancestors. Perhaps it’s my way of responding, at last, to the teacher who wrote at the top of that early story: “Keep using your imagination!”

Too many to name, but among them, surely, Patricia Hampl, Eula Biss, Rebecca Solnit, and always Virginia Woolf. Despite its difficult subject matter, I’ve been going back lately again and again to Daniel Mendelsohn’s The Lost, with its marvelously digressive paragraphs and funny, heartbreaking, minutely evoked characters.

I’m just winding up (or down, depending on the day) nearly 19 years editing Findings magazine for the University of Michigan School of Public Health. As someone who’d always written about the arts (I’ve got an MFA in Dramaturgy from UMass!), I could not have predicted so many gratifying years writing about health. But it’s pretty much everything, isn’t it? (I mean, without it … ) I love editing, working with a (good!) designer to put together a 52-page book twice a year, haggling over images and headlines and white space. It’s the old “find work that you love, and you’ll never have to go to work” adage.

A nurse. Cherry Ames was my heroine.

My husband and I attended a Chicago Symphony Concert where we heard Mozart’s Piano Concerto No. 17. The program notes talked about Mozart’s starling, and I found myself, at intermission, standing in the lobby scribbling notes. It took another several years of intermittent work, and many tossed drafts, to finally get an essay that felt right for this effervescent but sobering piece. Along the way I came across a passage by Mozart biographer Maynard Solomon that touches on why I find this concerto so moving: “[Mozart] was put on earth, it seems, not merely to provide an anodyne to sorrow and an antidote to loss, but to trouble our rest, to remind us that all is not well, that neither the center nor the perimeter can hold, that things are not what they seem to be, that masquerade and reality may well be interchangeable, that love is frail, life transient, faith unstable.”

My grandparents had a house with a dock on the Rappahannock River in Tidewater Virginia, and I spent hours and hours out there as a kid, first swimming, then crabbing, later mulling over the predictable predicaments of my adolescent life and dreaming of a future. To borrow from Charles Wright, “Wherever I’ve gone, the Rappahannock River has stayed next to me.”
Having written a biography of Federico García Lorca, and having made more visits than I can count to Granada, that haunted city also owns a sizable chunk of real estate in my imaginative life.

Whenever I’ve had to do footnotes, I listen to either the Mozart or Brahms Requiem. (Something in there about putting a work to rest?) While writing “Mozart’s Starling,” I did listen often to the third movement of the Piano Concerto No. 17, but otherwise I find it all but impossible to listen and write at the same time.

Depending on the project, one of two regular writing friends. One friend is particularly good at story, the other is a poet. Between them, I mostly get what I need. And for “Mozart’s Starling,” my musicologist husband kept me honest (I think!).

In this immediate moment, C.E. Morgan’s astonishing The Sport of Kings, nominally about horse racing but profoundly about race. Its Chapter 3 (“Nothing but a Burning Light”) has one of the most powerful stories I’ve ever read about the plight of Americans on the bottom rung of our meanspirited system. Not that I’m pushing this as a didactic book—it is so, so much more—but I wish the members of our dark new United States government could and would read, absorb, and act on this novel’s truths.

Leslie Stainton is the author of Staging Ground: An American Theater and Its Ghosts and Lorca: A Dream of Life.