(Not Quite) 10 Questions for Anne Milano Appel 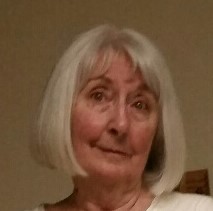 They told Mr. Ignazio Coppola to sit here and be a good boy now, and wait. And Mr. Ignazio sits waiting sedately as he was told to, his back straight and his hands spread on his knees. Every now and then he looks at the wall clock: it’s almost four o’clock, Arturo and little Camilla will be there at any moment.
—From"  If I Don't Come Back, Don't Go Looking For Me ," Summer 2018, (Volume 59, Issue 2)

Tell us about one of the first pieces you translated.
While not the first, one of the earliest projects I remember was a book by Enzo Fontana called Tra la perduta gente (Mondadori, 1996). I was attracted to the book because it dealt with the last years in the life of the poet Dante Alighieri, on whose work I had written my doctoral thesis. I did not translate the entire book, only six or seven chapters, a few of which I was able to publish. Though my translation of this book remained “un sogno nel cassetto” (an unrealized dream), it indirectly resulted in an offer from City Lights. I’d proposed Fontana’s text to Nancy Peters, the press’ editor at the time, and she countered by asking if I’d like to translate Stefano Bortolussi’s Fuor d’acqua, published as Head Above Water in 2003. It was a happy case of serendipity!

What other professions have you worked in?
Like translation, my first profession had to do with books. I was a library director for a number of years, first back in New Jersey, then in California when we relocated to the Bay Area. There is a definite theme here!

What did you want to be when you were young?
An artist. Or maybe that’s what everyone told me I would be, because I had a talent for drawing. I did go to art school (Cooper Union) but I was always enticed by books, reading and the written word.

What drew you to translate this piece in particular?
I became aware of Mirfet Piccolo’s work through her presence on Twitter and was curious enough to go to her website  where much of her writing is available (https://mirfet.com/). This story in particular – “If I Don’t Come Back, Don’t Look for Me” – drew me for a number of reasons: the way it is constructed, the hypnotic quality of the reiterations, the play of memories that seem edged with mist, the historical background and its impact on the elderly gentleman in the story. I had known about Italy’s involvement in Ethiopia (Abyssinia) and had heard faccetta nera sung as a child (not knowing what it signified), but I had not known about the mass marriages in Mussolini’s time. The protagonist’s life is one shaped and propelled by historic circumstance, diverted by events into a different life. In Piccolo’s narrative, history conditions the personal in a poignant way that struck me. And because I love to come upon new Italian writers and make their work accessible to English-language readers, I contacted the author and proposed the translation.

Who typically gets the first read of your work?
Usually my husband. He always finds something that makes me question my first choice and that generally leads to a revision. He is not a writer, but he is an avid reader, so I count on him as a kind of litmus test, a telling indicator that often suggests how a general reader might react.

What are you working on currently?
I recently started translating a new novel by Paolo Giordano: Divorare il cielo (Einaudi, 2018). Giordano is the youngest writer to have been awarded Italy’s prestigious Premio Strega, for his debut novel, The Solitude of Prime Numbers (Mondadori, 2008). Other works of his that I’ve translated are The Human Body and Like Family (Pamela Dorman Books/Viking, 2014 and 2015).

ANNE MILANO APPEL, Ph.D. was awarded the Italian Prose in Translation Award (2015), the John Florio Prize for Italian Translation (2013) and the Northern California Book Awards for Translation-Fiction (2014, 2013). She has translated works by Claudio Magris, Primo Levi, Giovanni Arpino, Paolo Giordano, Andrea Canobbio, Roberto Saviano, Giuseppe Catozzella and numerous others, and has worked with a variety of publishers and editors in the U.S. and U.K. Translating professionally since 1996, she is a former library administrator, and has a doctorate in Romance Languages.