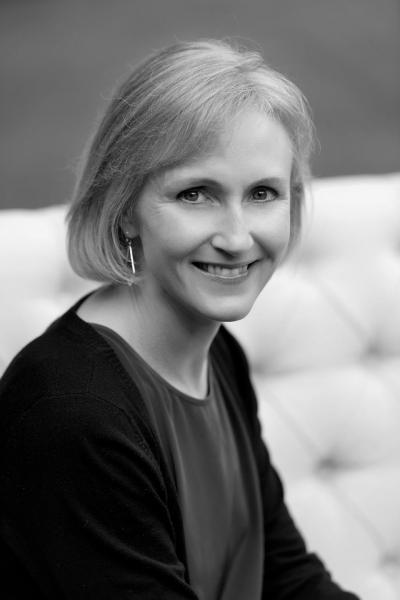 "After a heated debate about the nature
of inspiration (poetry versus prose),
with you arguing that idea begets word,
and not vice versa, as I believe is the case

with verse (always the music first),
which was prompted by a discussion
of Dickinson's envelope poems,
and whether she wrote the poem"
—from “Sixth Year: Iron,” Summer 2018 (Vol. 59, Issu2)

Tell us about one of the first pieces you wrote.
In the summer between ninth and tenth grade, I read Cry the Beloved Country by Alan Paton, which prompted me to read more about the history of South Africa. At some point later that year, I read a biography of Stephen Biko and wrote an elegy for him in my creative writing class. It was terrible, but it was the beginning of my interest in poetry as a vehicle for social justice and human rights advocacy.

What writer(s) or works have influenced the way you write now?
This is a difficult question. Tracing influences seems more the work of the critic than the poet, but I can tell you which poets, poems, and books have affected me deeply. The first poem I remember loving as a kid was John Crowe Ransom’s “Bells for John Whiteside’s Daughter.” The image of the little girl chasing “The lazy geese, like a snow cloud,” and then “Lying so primly propped” in her coffin still guts me. I loved Edgar Lee Masters’ Spoon River Anthology as a teenager, which taught me about persona poetry. In college, I read Jorie Graham’s “In the Hotel” in one of my courses, which lead me to Hybrids of Plants and of Ghosts and later The Dream of the Unified Field, which were revelatory books for me. Then came Louise Glück’s The Wild Iris and Meadowlands (really all of Glück). Then Larry Levis’ Elegy. More recently, Claudia Rankine’s Citizen, which I believe belongs to the canon of the poetry of witness. Also, I think Edward Hirsch’s Gabriel will go down as one of the great elegies of the early 21st century. In the last year, Donika Kelly’s Bestiary and Nicole Sealey’s Ordinary Beast are books I wish I had written. The poets I teach in my significant writers courses could also tell you a lot about influences—Walt Whitman, Emily Dickinson, Elizabeth Bishop, and Sylvia Plath.

What other professions have you worked in?
Ice cream scooper, restaurant server, textbook editor, and freelance writer. I was once offered a job as a manager of a Dairy Queen in East Texas but turned it down to teach English in Prague. Since graduate school, I’ve taught college creative writing and literature courses.

What did you want to be when you were young?
A National Geographic photographer.

What inspired you to write this piece?
Every May, I write a poem for my husband based on the traditional anniversary gift. This particular year it was iron. Although we’ve been married for 10 years, I didn’t start the tradition until the fifth year, so I had to go back and try to write years one through four. Only the first year survives from that attempt. I think I’ve decided I like the idea of missing years.

Is there a city or place, real or imagined, that influences your writing?
The landscapes of my recent poems are more internal and psychic than external and physical, while many of the poems in my first collection are set in real places like Southern California, Western Michigan, and Prague. A good portion of the poems in my new manuscript deal with the idea of America as a kind of psychological state.

Do you have any rituals or traditions that you do in order to write?
Not really, although something rather new to my routine is writing poems on my phone. I suspect this may be true for a lot of poets my age or older, as opposed to my students who always write (and read) poems this way.

If you could work in another art form what would it be?
Painting. One of my favorite poems on the subject, Frank O’Hara’s “Why I Am Not a Painter,” explains why.

What are you working on currently?
A new manuscript of poems titled Requiem with an Amulet in Its Beak.

What are you reading right now?
Books of poetry on my summer reading list include Joseph Ceravolo’s Collected Poems, Jennifer Chang’s Some Say the Lark, Dean Rader’s Self-Portrait as Wikipedia Entry, Meghan O’Rourke’s Sun in Days, and Tracy K. Smith’s Wade in the Water. Novels include Naomi Alderman’s The Power and George Saunders’ Lincoln in the Bardo. I’ve also been obsessively reading and rereading Orwell’s 1984 for the last year and a half.

Elizabeth Knapp is the author of The Spite House, winner of the 2010 De Novo Poetry Prize. Her work has appeared in AGNI Online, Barrow Street, Best New Poets, The Journal, Mid-American Review, Spoon River Poetry Review, and River Styx, among others. She is currently associate professor of English at Hood College in Frederick, MD, where she lives with her family.