OUR AMERICA: That Cloud Over the USA 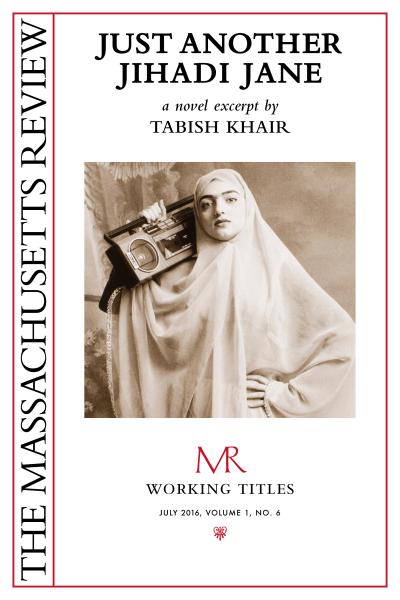 An excerpt frpm Tabish Khair's novel JUST ANOTHER JIHADI JANE was published as an MR Working Title and can be purchased on Amazon, Kobo and Weightless Books.

The reaction of the global left to Don Trump’s victory in USA has been predictably predictable, as can be seen from a series of articles in publications like the Guardian, the New York Times, etc. There is a tendency to highlight the racism, sexism, homophobia and sheer primitivism – though, of course, many on the left cannot use that word pejoratively – of Trump’s supporters. Then there is a tendency to either highlight the “establishment” aspects of the endorsement of Hillary Clinton by the Democrats, or focus on Trump’s “common touch,” which reportedly built on genuine grievances in his constituencies, or both.

There are elements of truth in all these positions, but they still strike me as superficial.

I suspect that in order to understand Trump’s victory, one has to examine two sets of factors: 1) global ones, such as the rise of similar leaders elsewhere, and 2) internal ones, such as the failure of all criticism – some shocking and apparently self-destructive, such as Trump’s blatant refusal to even apologize for not paying taxes – hurled against the winning presidential candidate.

I had pointed out in an essay written some months ago that the rightist backlash all across the world is not as nebulous as it seems to be: Disparate when seen in political or religious terms, it is nevertheless solidly united in its sexism. Whether it is radical Hindutva in India, Islamism in a dozen Muslim countries (despite murderous Shia-Sunni differences), Putin in Russia, Erdoğan in Turkey, or Trump in USA, the common motor hidden inside these seemingly different machines is that of a bid to “put women in their place.” It was, as such, no surprise that finally Trump’s “grab ‘em” statement did not prevent him from winning. Actually, it did not even prevent 53 percent of white women from voting for him. We have long known that sexism, even more than racism, comes heavily wrapped in age-old structures of “normality,” and hence is more likely to be accepted and even espoused by its victims.

But the global connections run wider. As is the case with similar leaders, such as Erdoğan in Turkey or Modi in India, Trump ran a campaign that was basically incoherent. He made large promises, without substantiating the possibilities of their enactment. He made large accusations, sometimes through innuendo. And even though his control of language (English in his case) was far weaker than Modi’s control of Hindi and Erdoğan’s control of Turkish, like them, he used language to appeal emotionally rather than intellectually. The very structure of his sentences – seldom compound, and often incoherent – made him appear to have the so-called “common touch” that some leftist commentators have started noticing now.

But there was also a difference between leaders like Erdoğan and Modi on the one side, and Trump on the other. Modi, though he does not come from as poor a background as he often suggests, is undoubtedly a man who has risen, entirely through political activism, from the lower middle classes. Hence, when Modi makes statements – such as the claim that ancient “Vedic” India must have had “plastic surgery,” or else how can one account for the elephant-headed god, Ganesha? – he is advertently or inadvertently revealing a certain educational and political/ideological perspective. When Trump, the privileged son of a millionaire who used finance capitalism to become a billionaire, shows similar or greater ignorance, he is doing something else. That alone ought to make Trump far more dangerous than his equivalents elsewhere.

These similarities lead on to – now that I have mentioned Trump’s inherited and sequestered wealth – the one global factor that the mainstream left is largely unable to make much use of, but which accounts for the rise of Trump, and similar leaders. Finance Capitalism.

Among others, the economist Samir Amin has noted that sometime in the 1980s-90s, the world of Capitalism underwent a major change. It shifted from being based on production and trade inside and outside national borders to becoming a free play of finance capital across national borders. As far back as 2002, as Amin noted in one of his studies, goods and services transactions of world GDP came to represent only three percent of the total monetary and financial transactions conducted in that year. He went on to note: “The ratio between hedging operations and production and international trading was 28:1 in 2002 – a disproportion that has been constantly growing for about the last twenty years and which has never been witnessed in the entire history of capitalism.”

Along with this, and aiding this, is the shift from a monetary economy to a digital one: most of the capital that circulates around the globe now does not exist as cash-money; it exists only as digits, as numbers. It is not incidental that about a day after Trump’s win in USA, the Modi-led government in India launched a huge and sudden bid at demonetarization, by recalling and rescinding all extant 500 and 1000 rupee notes. While the bid to counter black money and terrorist funding was offered as an explanation, it was soon apparent that the main benefactor would be the world of finance capital, as middle- and lower-middle-class Indians are finally forced to enter it fully. Much of black and terrorist transactions do not occur in Indian rupees in any case, as the rupee has been consistently devalued against the dollar or the pound since India achieved independence in 1947.

Interestingly, this massive flight of finance capital across the globe – no longer rooted in production, trade, even services – remains largely unimpeded, and is, essentially, tied to the roller-coaster well-being of national economies in governmental balance sheets. Even mainstream leftist parties seem to lack the will to stop it, as they have increasingly defined themselves and national prosperity in predominantly neoliberal terms. As this locust cloud of finance capital circling the world – which descends in a locality only to devour it – cannot be made visible to ordinary people, what is made visible is the subsidiary consequence of such devouring: immigrant workers, who have been largely forced to move by such locust attacks, and related events, such as the movement of struggling production units to cheaper areas.

Rightist politicians will not see it, and mainstream leftist politicians don’t dare see it: this locust cloud of finance capital. Instead, negatively or positively, they see immigrants, foreigners, refugees, etc. The rise of politicians like Trump is inevitable in such a setting.

It is perhaps even more inevitable in a country like the USA, where the myth that one can become rich (the American dream) by acquiring wealth makes financial power seem to be more accessible than political power. The very nature of this mythical asymmetry ensured that Clinton was seen as an “establishment” candidate, and Trump – whose wealth, as his blatant refusal to even apologize for evading taxes indicates, is based on exploiting exactly those rules and loopholes that enable the locust cloud of global finance capital – managed to sell himself as an “outsider.”

The locust cloud does land at times, briefly. And when it does, it usually translates into a short and unevenly prosperous period of crony capitalism, followed by much denudation and suffering. The fascinating thing about Trump’s victory is that this time the cloud is settling directly on the USA.

Tabish Khair’s new novel, Just Another Jihadi Jane, has just been published in the USA and the UK, and, as Jihadi Jane, in India.