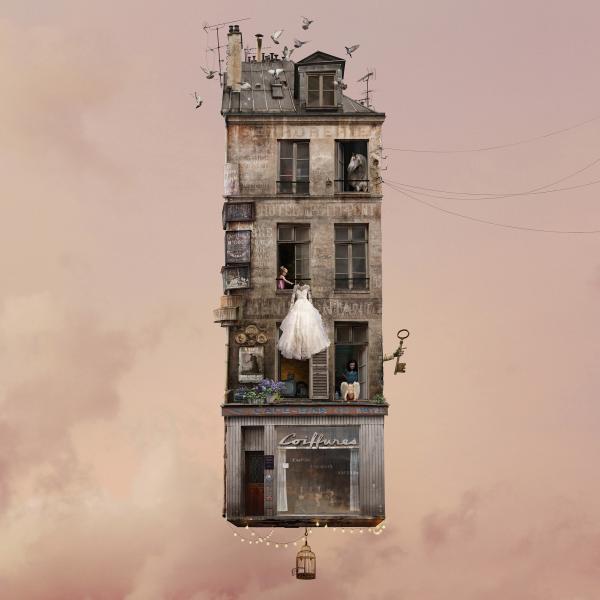 MR's Summer 2017 issue artist, Laurent Chéhère, has new work for his "Flying Houses" series, featured on the cover and portfolio of the issue. The series was recently featured at NYC's Muriel Guépin Gallery, and will be the focus of a book released this fall.

Laurent Chéhère is a Parisian artist living in the district of Menilmontant,which he describes as “a real Tower of Babel where you can meet the whole world.” His digitally-retouched photographs have been displayed around the world and printed in numerous outlets.

As of his ongoing series “The Floating Houses: Le Grand Jour" (above) is the latest of  Chéhère’s experiments with photo-montage and dreamlike composition. Upon first glance, it’s easy to spot the elements of surrealism. The floating apartment column, an outstretched oversized key, the third-floor equestian tenent. Familiar elements dot the piece: faded, wornout signage, a young girl grasping at marriage vestments, a birdcage left opened. 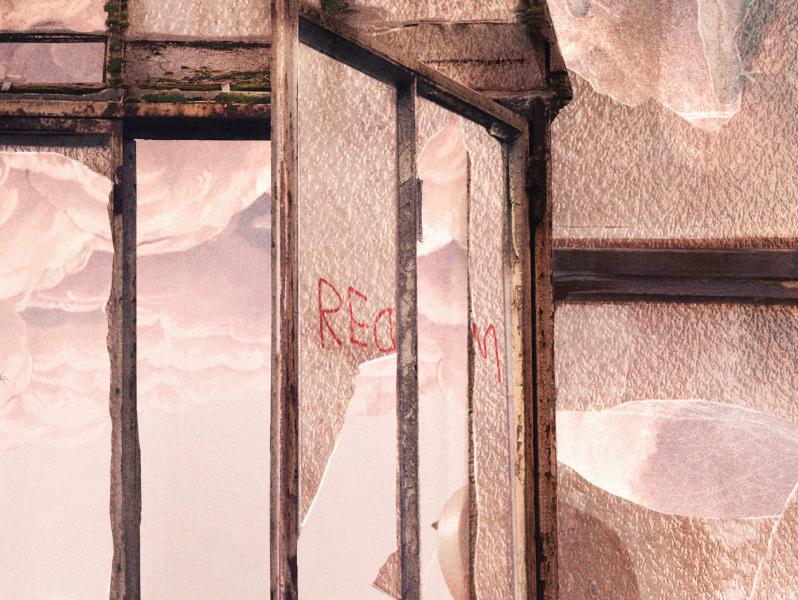 In "To The Moon" (left and below) Chéhère looks backward. Riffing on Georges Méliès' 1902 eighteen-minute short film, which featured a group of Victorian astronauts heading to the moon on Jules Verne-inspired adventure. The film stages an epic narrative that appears aesthetically unrealistic yet invites the viewer into the provacative landscape of the surreal.

Combining his love of architecture, film, and storytelling, "To The Moon" is Chéhère’s recreation of Méliès film studio in the suburbs, or, more specifically, its aerospace above Paris. “I imagined that his studio had not been destroyed and that it was waiting for someone,” Chéhère writes. “I imagined that the History of Cinema was stored in this ‘Egyptian tomb.’” With lenses of old film cameras staring out its windows and the angelic glow at its heart, the glass house of Méliès seems alive and churning despite the cobwebs and rusted metal. Even the iconic Man in the Moon seems poised to launch out of the roof despite his spaceship cataract.

Chéhère uses computer software to assemble the image from his own photographs, spending hours in front of a computer meticulously adjusting and retouching the collage until the edges become blurred and the line between painting and photograph evaporates completely, leaving only the artist’s creation. 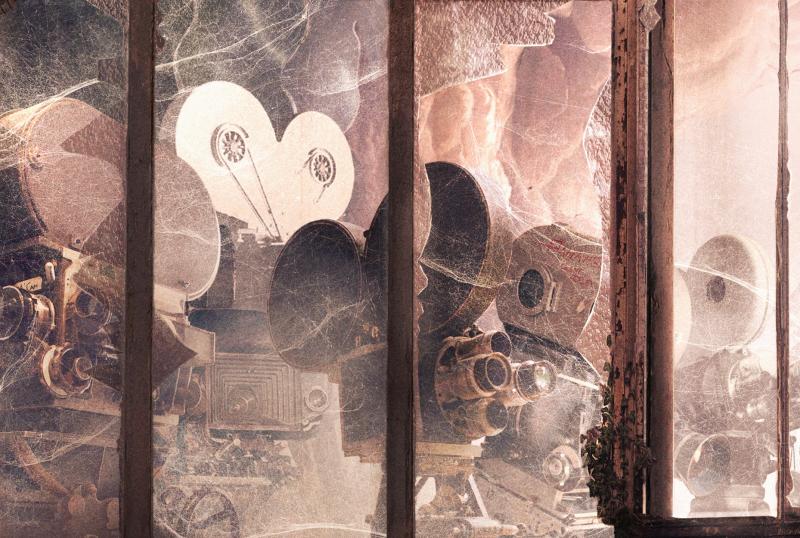