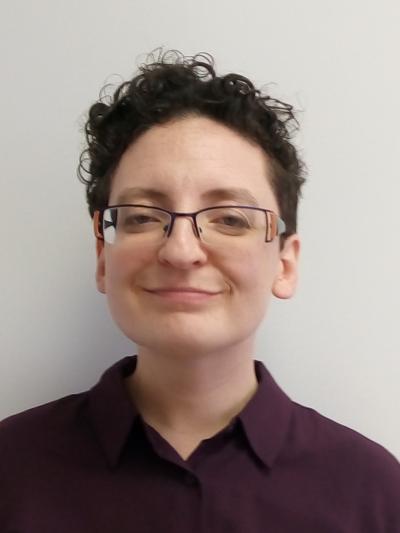 The goddess Bensaiten appeared to me in a tree. I was in the city park, eating meat on a stick, and then there was a noise like doves and when I looked up to see what was touching my head she was there.

She looked down at me from among the white and pink blossoms and said, “You don’t belong here.”
—from “Kenning Season,” published in Spring 2018 (Volume 59, Issue 1)

Tell us about one of the first pieces you wrote.
My earliest pieces are all unfinished—or, at least, they don’t have satisfying linear movement, in terms of beginnings and ends. When I was young I yearned to put stories together out of fragments of images and resonant symbols, but what I wound up with was chunks of prose poetry that sort of pulse but don’t move. I don’t think I can count how many times I’ve been told, “It’s beautifully written, but it isn’t a real story.” Character, dialogue and forward movement don’t come naturally to me. But they’re the structures that you need in order to drape a story over them. Not unlike the paradox that the bigger, weirder, and more abstract your high-level idea, the more precise and granular the detail you need in order to make it work.

What writer(s) or works have influenced the way you write now?
You know, I remember being about twelve, in the middle of reading one of Ursula Le Guin’s literary-anthropological science fiction adventures, and suddenly looking up from the book and realizing, “Oh! I am self-aware now.” I have no idea if everybody emerges into subjectivity that way, but I did! So, you know, Le Guin.

What other professions have you worked in?
I’ve worked mostly as a teacher over the last fifteen years, primarily teaching English in other countries. I’ve also had stints ghostwriting, annotating data, selling pastry, and scrubbing toilets. I’m really not sure if I’m doing this right. I’m forty-one now, so that’s some cause for concern.

What did you want to be when you were young?
I have an answer for this! I wanted to be an archaeologist by day and a mushroom farmer by night. I learned about mushroom farming from Mister Rogers’ Neighborhood—I saw that you get to work in the dark with a lamp on your head. Later for a while I dreamed hopelessly about being an astronaut, even though I am asthmatic, nearsighted, and completely unfit for the military. Eventually I understood that writing is, in fact, a logical transposition of these dreams; they are all about exploring secret, hidden places in the dark. With, to paraphrase Annie Dillard, just one narrow light to probe the way.

Is there a city or place, real or imagined, that influences your writing?
I’ve spent a lot of my adult life so far traveling through unfamiliar places. I seem to be one of those people who gets a frisson from encountering that which was previously unfamiliar.  This is one reason I have always loved science fiction, which is a lot closer to the classical travel narrative than I used to think.

It’s also something to be very careful, about, though, because I have seen over time that getting aroused and excited by difference can lead to unhealthy dynamics, like addiction to movement for movement’s sake, or fetishization of the “exotic.” And those can harm oneself and others.

Anyway. Every frisson I have experienced influences my writing. And the yearning for the places not yet seen. It gives me some comfort, I think, to know that this longing arcs across culture: you see it not only in the writings of the ancient Greeks like Pausanias, or medieval Europeans like Marco Polo, or the imperial travelers of the Age of Empire, or modern “travel writers,” or modern fantasists like Italo Calvino; but it is also found around the world, in the records of classical Chinese travelers, like Xu Xiake or Zheng Ho, or Japanese travelers like Bashō or the author of the Tosa Nikki, or Arab travelers like Ibn Battuta. It is not a uniquely Western thing to be fascinated by distance and difference. Although Western writers, at this point in history, have a very specific responsibility of awareness and caution.

Is there any specific music that aids you through the writing or editing process?
I sometimes like listening to music when I write, but I’m bad at blocking out distractions, and the problem is that music with lyrics gets in the way. So, wordless music, or, sometimes, music in a language I don’t know. Sometimes—depending on the goal of the text—I find listening to film soundtracks surprisingly helpful. Travel narratives, again!

Do you have any rituals or traditions that you do in order to write?
To be honest, as a person diagnosed with ADHD as an adult, I’m spending most of my time experimenting with strategies to help me focus on staying on task at the keyboard without wandering away. That’s what my rituals are.

Who typically gets the first read of your work?
My writing group, who, at this moment, are spread out all over the world; we meet by Skype biweekly. I depend absolutely on writing groups, peers, writing friends, and workshoppers to keep me going and motivated and more or less optimistic.

You know—not that you asked, but—I used to have this fantasy of shutting myself up in the desert, or a monastery on an island, or in a hermit’s cell, or something, and writing prolifically. But when I actually had the chance to try some of those things, I actually just got lonely and demotivated. So now I know that I need community in order to write. Actually, when I think about it, I think I originally got those ideas from medieval and Renaissance paintings showing saints and church fathers and so on getting inspired to works of brilliance in apparent isolation. But now I try to remember that even they were visited by angels. And the nuns and anchoresses in their cells, like Hildegard of Bingen and Julian of Norwich, were visited by God. Really, no one can write alone.

If you could work in another art form what would it be?
I’m not very good at any other art forms, even though I love them. I love dancing, even though I am bad at learning choreography—it is actually very helpful to have to cope with being the slowest in the class at something. Being an academic smarty-pants is fine for many things, but there are also things I missed out on learning that way. I also love drawing, even though I am not good at it, and recently I have been singing a lot, because I like it and because karaoke is fun. And also because it’s good practice to do something you suck at in front of a crowd.

I also write poetry, ideally in great quantities for at least one month a year, because while I am—again—not a terrific poet, I think it’s an important strengthening exercise for prose.

SUSANNAH MANDEL is from San Francisco, Boston, and Philadelphia, in that order. She has worked in northern France, central Japan, and the Middle East, and her writing has appeared in Shimmer, Phantom Drift, and Lady Churchill’s Rosebud Wristlet. She follows the weather and the gods.