MASSACHUSETTS REVIEWS: The Poetics of Refraction in House A By Jennifer S. Cheng 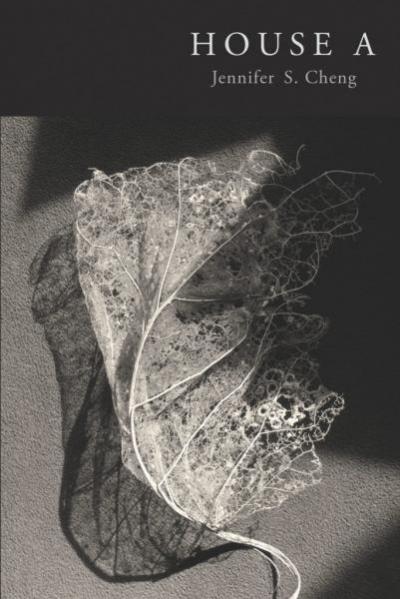 Longing for home recurs as a theme in Asian American literature. Works by both immigrant and US-born writers, especially older ones, often focus on links to a distant Asian homeland or the desire to feel at home in America. Separation from an Asian homeland can follow from voluntary immigration or forced migration, opportunity or war, among other forces. Once in the United States, Asian Americans can feel at a loss on account of blatant racism as well as subtler notions of cultural citizenship. Who among us—first generation or fifth—hasn’t heard the imperative to “go back to where you came from,” as if home could not possibly be here?

The poems in House A by Jennifer S. Cheng build on this tradition by telling truths about distance, belonging, and home, but they do so in what Cheng calls “refracted” ways—i.e., ways that combine the straightforward and obscure, the verbal and non-verbal, the ambiguous and silent.

In part one, “Letters to Mao,” truths about displacement and home reside amidst a child’s half-remembrances of growing up on the move while escaping from something vague, perhaps the Cultural Revolution. Punctuated by square, gray-scale photographs of a shoreline at different stages of ebb and flow, epistles in the form of prose poems address Mao Zedong, the ruler of Communist China from 1949 until 1976, as if he were a pen pal. The precocious letters combine references to neuropsychological theories of sleep with tender memories of a parent’s cooking or storytelling. They also play with our logical expectations, which is fitting, since these poems grant access to the truth of daydreams, not waking reason. For instance, the writer remembers reading stories with her family in which:

wandering was a punishment, and we were instructed to pity the immigrant, the foreigner, the stranger. But what if the absence of a point of reference is not something to be lamented but a structural foundation on which to build a house we fill with water?

The narrative begins with the familiar idea of the pitiful foreigner in a strange land but takes an unexpected turn—towards the illogical but empowering proposition that a house could be constructed on a foundation of absence. That proposition adds a surprising detail, however, by suggesting that this house be filled with water. Odd as it may be, this suggestion recalls the story told in an earlier letter about the mother’s home flooding when she was an adolescent: “she will one day describe to me the feeling of the water against her bare shins.” Hence, the cosmology of home described in “Letters to Mao” is often surreal and sensory. Even though the writer has never lived in the various homes that each of her parents lost, she possesses a memory of them refracted through their experiences—“post-memory,” as Marianne Hirsch terms it. Their stories, their silences, their mundane movements about the house seeped into her consciousness. She testifies to Mao: “even as a child, I knew how to long for home . . . to identify the other side of the globe as if it were mountains cradling my body.” The writer feels her parents’ loss and slides into a daydream, transported across the globe and transformed into a being cradled by mountains.

While part one represents truths about location and dislocation in the form of surreal, pseudo-intimate letters, part two entitled “House A; Geometry B” does so via a refracted language of mathematics. In fully justified columns on the left side of each page (leaving us room to take notes or show our work), this long poem explores an associative poetics of home organized in twenty-six sections labeled A to Z. For instance, section D seems focused on a dream and a diagram. I say “seems” because nothing in the section necessarily compels me to focus on the nouns beginning with the letter d. Certainly in other sections, one can be hard-pressed to determine the association between label and content. The poem encourages us, however, to attempt to create an association in every case. It leads us to do the kind of imaginative work that the poem itself does. Section D declares that “a dream spreads until it is a sea of points and none of reference.” Then it instructs us to imagine:

if we could construct, say, a physical
manifestation of an interior state.

where in the space, we take these angles,
fill it with air, and watch it hang from
the ceiling.

“House A; Geometry B” engages readers, in part, by asking us to follow a mathematical proof. Proofs, after all, convey a kind of truth. We conjure an imagined reality—call it “house A,” as we would consider “point A”—and then we are asked to perform operations on it, taking angles, filling it with air, and watching it hang. Sometimes the house includes expected parts like “beams, frames, boards.” At others we are asked to consider the “arrangement of sunlight reflecting off arrangement of furniture.” But these exterior geometries of lines and patterns refer also to “the circumferences of worlds within.” What to do with “bird, shell, dry hibiscus”? Section M tells us:

take the world’s materials and make for
ourselves a space in which to keep a
weather eye.

By performing these imaginative operations on house A, we retrace the steps that lead to truths about how an immigrant family builds material and virtual homes.

It is worth acknowledging that the entire book is a kind of refracted proof that takes ideas about poetry and home from Junichiro Tanizaki and Gaston Bachelard as axiomatic. Cheng quotes from both for her epigraphs. Although the following quotations are not her choices, I find them particularly illustrative of her aesthetic: “too obvious a structure is contrivance . . . too orderly an exposition falsifies the ruminations of the heart” (Tanizaki, In Praise of Shadows, p. 45) and “an immense cosmic house is a potential of every dream of houses. Winds radiate from its center and gulls fly from its windows. A house that is as dynamic as this allows the poet to inhabit the universe. Or, to put it differently, the universe comes to inhabit his house” (Bachelard, The Poetics of Space, p. 51).

Part three, entitled “How to Build an American Home,” juxtaposes visual artifacts such as blueprints, diagrams, and photographs—all in public domain—with poems. The images and words connect to one another but never in a straight line. Each page in this part enacts a poetics of refraction that is simultaneously visual and verbal, associative and literal. For example, a black-and-white photograph from 1944, labeled “Parachutes open overhead,” records a moment in war at the same time that the floating domes in the sky might remind one of jellyfish in the sea. The words that follow lead us to consider the “network of points and people” that support travelers as they seek to avoid “cracks” (in a sidewalk?) and forge “belonging.” The poem concludes, “Without such nodes, we are merely dropped satellites blinking as the earth approaches midnight.” At once, then, the parachutes can signify lonely satellites and hospitable nodes, soldiers descending and jellyfish floating. These simultaneities challenge linear thinking and stimulate wonder. 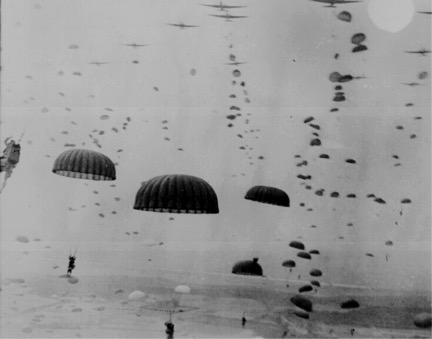 Upon reflection, the speaker in part three remembers the “acoustic architecture” that she carried with her from place to place. The second poem in this part explains, “Children of immigrants take their house wherever they go, its sounds patter and shake like a drawerful of dishes, cups, spoons.” The third poem adds texture, for example the feel of a “circular stain” on “the wooden seat that her father made so she could reach the bathroom sink.” Hence, home is built out of the sensory—sights, sounds, and textures—that remind the daughter of mundane objects and parental care.

to stake the water:
to keep it safe: to nest
against all weathers: to nest the swell—

The instructions in the two internal infinitives (“to keep it safe: to nest / against all weathers”) are fairly sensible, but they are framed by less straightforward directives. How does one “stake the water” or “nest the swell”? In one of Cheng’s essays on the poetics of refraction, she explains the value of “works of art [that] suspend our normative definitions and terms and open up a liminal space where identity constructions are not fixed; instead a question is inserted, an uncertainty is posed, and there is the possibility of transformation.” Despite the title of part three, there are no linear directions for building an American home or recovering a lost one, but this does not mean that one should not search out blueprints, recall past models, and dream. Most of all, this does not discount the power of images and words to question and transform. Jennifer S. Cheng certainly makes brilliant and innovative use of both in House A.