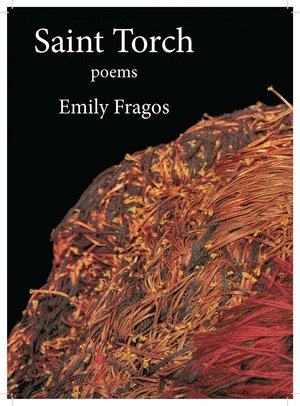 The body she needs me now to cut her food and feed her,
to bring the glass of sweet water, never sweeter, to her mouth,
dry and shuttered. Now it unfurls itself as mouth, fish wet
and bird ascendant to a higher branch, with the taste of peaches
on its tongue, and for a moment she is mine again.
—from “My Body,” Spring 2018 (Vol. 59, Issue 1)

Tell us about one of the first pieces you wrote.
“Pompeii 79 A.D.” was one of my first poems. I shared it with others in a poetry workshop and it was admired for its minimalism, its imagery. I distinctly remember writing about a man scooping up his baby in his arms and hopelessly running for his life. It was not a long, ornate poem, but that was exactly what my classmates liked about it. Their critiques of the poem made me more aware of vivid images, strong verbs, the energy of a poem, and linguistic precision, getting something across with the right choice of words. I learned a lot from listening to their thoughtful, constructive comments.

What writers or works have influenced the way you write now?
I love the elegant flow and wit of the late Mark Strand. I love the fierce brilliance of Louise Glück. I gasp when I read her poems. I adore William S. Merwin as a generous, kind human being, as a fervent supporter of animal rights, and as one of our great poets. I have always used tons of hardware, punctuation, in my poems, but I have recently tried to write without much or any punctuation the way William does. It’s easier said than done, but it does free you up. It does allow the poem to float away from the page. I like that very much. Among poets in translation, I’m a huge fan of Tomas Transtromer. Talk about memorable imagery!

What other professions have you worked in?
I came to poetry a little later in life, so I worked at a whole slew of jobs, while I was living abroad, while I was a student, in the summer, and after I graduated from college. I was a proofreader in the advertising department of a daily newspaper (grapes, $3.99 a lb.), I was a nurse’s aide for one summer (such hard work), I was a waitress in Paris, I translated captions into English for a French news service, I was a copy editor for a home decorating magazine, I worked in retail stores as a sales clerk, I was a pollster for the CBS News Election & Survey Unit. I did what I had to do to keep going. It was a long haul.

What did you want to be when you were young?
I come from a working-class family. People in my neighborhood said, “Graduate from school and get a secure job or get married and have kids.” I was the first person in my family to go to college. I would see these journalists on TV who traveled to China and India and Russia and their lives seemed so exciting to me, so I thought I might become a “foreign correspondent“ and see the wonders of the world. I had no real idea what that entailed.

What inspired you to write these pieces?
I now teach poetry workshops at Columbia University’s Graduate School of the Arts and at NYU. One of my students at NYU came up to me after class and showed me a list. He said he was making a list of words that are considered “untranslatable.” He found them on the internet. Many of the words were Navajo or Inuit. He explained that one word could tell a story too complicated and nuanced to translate, but he was going to try to write a poem about one of the words. I decided to do the same. I chose “iktsuarpok,” an Inuit word about waiting—and so much more. Samuel Beckett’s Waiting for Godot could be seen as a translation of that single Inuit word, come to think of it.

I’m not sure, but I think “My Body” may have come about after surgery, when my mind was clear and rational, but my vitals  were running amok. My body would not listen to me or do what I told it to do. This mind/body division is an old philosophical conundrum.  By the way, people have misread this poem, thinking it’s about a patient and a caregiver, but the title is crucial here. It is My Body. I have recently written a similar poem in which I have a frustrating conversation with “my life,” a more cynical being that the poem’s “I.” It’s interesting to split yourself in two like that. Maybe a little spooky, too.

Is there any specific music that aids you through the writing or editing process?
I take breaks. I go to youtube and listen to all kinds of music, watch all kinds of videos: modern  dance, Balanchine choreography, soul, rock, jazz, classical. Last night I listened to the great James Brown doing “Get Up Offa That Thing.” I danced around. I scared the cat. Right now I’m listening to the great violinist, “Hilary Hahn Plays Bach,” and I’m entering the realm of the sublime.

Do you have any rituals or traditions that you do in order to write?
I’m not aware of anything.  I don’t religiously require total quiet and apartness the way some poets do. Silence and solitude are perfect, but I’ve edited to the music of a CD.

Who typically gets the first read of your work?
If I think it’s a valid piece, I’ll send it out to be published, so the editor of that journal gets to see it first. Sometimes a few poet friends and I will meet at an apartment for a very informal reading of our poems. In that case, I’ll try out poems that may not be clicking for me and hope that perhaps someone in the circle can help. Sometimes it just takes one tiny suggestion. Yeats said that “a poem makes a sound when it is finished like the click of the lid of a perfectly made box.” I love that. It’s an intuitive thing, but that’s how it feels.

What are you working on currently?
I published a new book, Saint Torch, in late 2017 and that felt so good. I have a detail from a Judy Scott fiber sculpture on the cover and I was thrilled to have gotten permission to feature her art work. Judith Scott was born with Down Syndrome and profound deafness. Her fiber wrappings of torsos and cocoons are so mysterious and compelling. I celebrate her work. In fact, I have already selected the cover for my next book of poems: a minimalist painting from the Harbor series by the late Agnes Martin. It’s a celebration of women artists.

I have eight new poems in my folder. They deal with yearning, fantasy, eroticism. I’m very pleased with two of the poems. Nothing more is coming to the surface right now. I’m not prolific. I write what I can. I don’t drive myself nuts if I’m at rest. It’s important to step back, too.

I’m also selecting/editing my seventh poetry anthology for The Everyman’s Pocket Library, Poems of Paris. It’s a beauty and I’m rediscovering the glory of French poetry.

What are you reading right now?
I’m immersed in the great French poets: Mallarme, Eluard, Desnos, Breton, Baudelaire, Verlaine, Apollinaire, Villon, Rimbaud, Labe, de Ronsard, et.al. When it comes to “sad and beautiful,” you can’t beat the French with a stick! They’re just fabulous, inspiring. I was reading some of Stephane Mallarme’s poems. What strange, beautiful music he creates. It’s just pure poetry.

EMILY FRAGOS is the recipient of a Guggenheim Fellowship in Poetry, the Literature Award from the American Academy of Arts & Letters, and the national Witter Bynner Poetry Prize from the Library of Congress. Her newest book of poems is Saint Torch, from Sheep Meadow Press. She teaches at New York University and Columbia University.