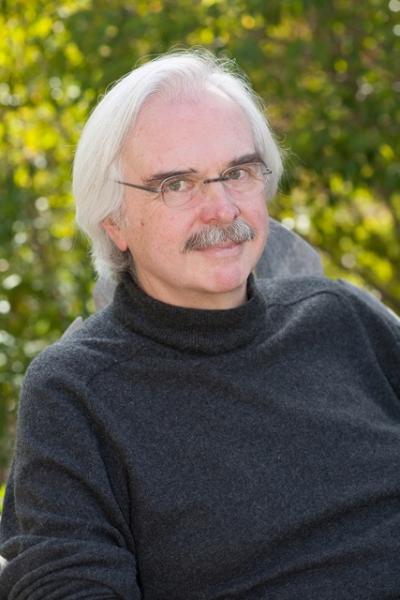 Who is that angel in Bernini’s white
marble of St. Teresa? He’s so strange:
her ecstatic communion is with God,
not him, the winged sous chef who’ll tenderize
her flesh for the Master to come . . .
—from “Sonnet with Ghost Writer and Syringe,” Winter 2017 (Vol. 58, Issue 4)

Tell us about one of the first pieces you wrote.
One of the first pieces I wrote in high school was a rather embarrassing haiku inspired by a scene in the wonderful 1960s British spy series Secret Agent starring Patrick McGoohan. “Dark glasses, shading eyes from a shady world, seeing me, are removed.” It was only the first in a long obsessive line of failed love poems.

What writer(s) or works have influenced the way you write now?
I think of myself as the love child of Emily Dickinson and James Joyce. I’m still not sure why as an adolescent I found Ulysses compelling while The Great Gatsby seemed utterly impenetrable, but I’m sure it had something to do with seeing the 1960s film of Ulysses by Joseph Strick. I don’t know why more people haven’t seen that film!

What other professions have you worked in?
Years ago I worked as a barista in North Beach in San Francisco, but for many years I’ve worked as a legal secretary. One skill—and maybe the only skill—a poet has in common with a legal secretary is obsessive attention to detail.  I do sometimes think of the different perspectives of trial attorneys depending on whom they represent. Sometimes they need to present a case that will persuade all twelve jurors. Sometimes they need to persuade only one juror. If you need to convince all twelve, you need to present what might be called an “accessible” case. If you need to reach only one person, your argument can be more “esoteric.” I suppose as a writer I only want to persuade one person, but that one person is very skeptical—myself.

What did you want to be when you were young?
Like everyone else, I wanted to be a rock star. Strangely, I imagined myself as John Lennon singing “Rain” (“strangely” because I didn’t even particularly like that song). I also wanted to play bass guitar like Jack Casady, and I still want that.  Unlike everyone else, I also wanted to be a mathematician or a physicist. I was obsessed with math and physics when I was a teenager, I think because they revealed that the real world is so much stranger than the strangest science fiction could ever imagine. 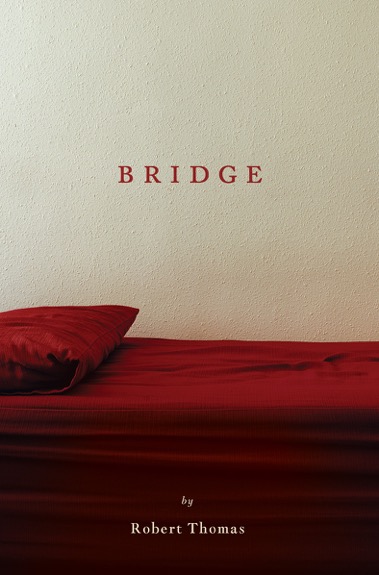 Is there a city or place, real or imagined, that influences your writing?
I’ve lived my whole live in Northern California, mostly in San Francisco and the Bay Area, and its unique combination of nature and city has influenced me greatly. Sometimes I think Northern California writers are influenced by seeing a redwood the way New York writers are influenced by seeing a Cezanne. There’s a great essay by Rachel Cohen, “Lost Cities,” first published in The Threepenny Review, I think, where Cohen talks about the Portuguese poet Pessoa and the Greek poet Cavafy and their connection to their cities of Lisbon and Alexandria. The essay begins, “There is a certain kind of poet who is a clerk during the day . . .” and as I am exactly that kind of poet myself, the essay is endlessly interesting to me. The connections Cohen explores between poet-clerks, persona poems, and life in cities are a revelation.

Do you have any rituals or traditions that you do in order to write?
Not really, at least not like Graham Greene, who I’ve read would watch cars go by his house every day until he found one with the “right” license number, and then he could start to write. I do think, though, that poets especially are often obsessive about numbers. I like to have a block of a few hours where I can write without interruption, and I also realize I am very privileged to have those hours. I write drafts with paper and pen—cheap, fat-tipped ballpoints.

If you could work in another art form what would it be?
Definitely music. Being a classical pianist is probably the art form most within my reach while still being wildly out of reach. I love Beethoven’s late piano sonatas. I’d also be happy to play with Neil Young in Crazy Horse.

What are you working on currently?
I’m working on finishing a collection of sonnets that focus on the theme of jealousy from different perspectives. “Sonnet with Ghost Writer and Syringe” is one of them. At this point “finishing” mostly means deciding which poems to cut. I started with a collection of 144 sonnets, and now it’s down to 108.

What are you reading right now?
I recently finished Duane’s Depressed by Larry McMurtry, the last novel in the trilogy that begins with The Last Picture Show, and Devil’s Bargain: Steve Bannon, Donald Trump, and the Storming of the Presidency by Joshua Green. Right now I’m reading The Woman Upstairs by Claire Messud. I highly recommend all three books. I couldn’t help being struck by some similarities between Alice, the narrator of my novella Bridge, and Nora, who memorably begins The Woman Upstairs, “How angry am I? You don’t want to know.”

ROBERT THOMAS'S most recent book, Bridge, is a lyrical novella published by BOA Editions. It received the 2015 PEN Center USA Literary Award for Fiction. His first book, Door to Door, was selected by Yusef Komunyakaa for the Poets Out Loud Prize and published by Fordham, and his second book, Dragging the Lake, was published by Carnegie Mellon. He has received a poetry fellowship from the National Endowment for the Arts and a Pushcart Prize.