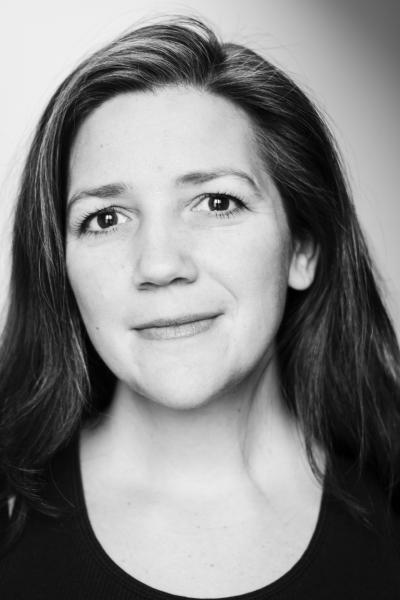 I come to claim the white boy who yesterday slaughtered nine
Black worshippers at prayer. Because to deny him is to deny the
ways he and I are the same, deny the hideous lineage that dogs
us and feeds us. Gavel and spit. Rope and bumper and chain. I
claim him but will not say his name. It slips down my throat like
half-gone milk, slick and hard.

Tell us about one of the first pieces you wrote.

When my parents sold the house I grew up in, one of the things Mom found stashed away was some writing from second grade, including a poem about a goldfish which included the line “my goldfish is orange”—but the word “orange” was crossed out and replaced with “golden.” So I consider that my first poem, since it contains the first record of my obsession with revision.

The complete answer to this is a very, very long list, but I’d say my most enduring influences are Adrienne Rich, Li-Young Lee, Anne Sexton, Audre Lorde and Lynda Hull.

I’m currently a creativity and life coach as well as a nonprofit consultant. I spent many years helping to run nonprofits; before that, I was a public relations consultant. For one summer before I knew what a modem was, but when modems were a thing, I was a customer service support person at U.S. Robotics.

What inspired you to write these pieces?

In 2015, a 21-year-old white supremacist wretched excuse for a human being shot and killed nine people in a church in Charleston, South Carolina. This incident, while horrific, is barely an aberration in our country’s history of violences, large and subtle, against bodies belonging to people of color. “The Sacrament of Penance” is part of a series in which I’m trying, as a white person, to interrogate whiteness and the preciousness that surrounds it. One of the primary reactions by white people to an incident like this one is to distance ourselves, to point out the ways in which the perpetrator is not us, not like us, not all of us. This poem is an attempt at not doing that, at not turning away, but laying claim in a way that allows an accounting, not only of the individual who committed the horror but of the system, the society we perpetuate or allow to be perpetuated that feeds and fuels this kind of monstrous behavior, this hate-driven action.

“Actual Rapture” is a bit of an anthem toward the kind of survival that doesn’t turn its face from the possibility of extinction. It grew out of a deep need for a kind of hope that’s not based in blind faith, but in open-eyed love for each day we get to see from start to next.

Chicago, where I live, definitely influences my writing. I think every city has its own requirements, and my belief and experience is that Chicago requires authenticity above all else. So that’s the striving my work here is most involved toward.

I generally write without music, so the only music is the muffled noise of the boulevard below my windows or the neighbors fighting again. In revision, I often have wordless music on -- Sigur Rós, Nils Frahm, or something on a cello.

The rituals really vary depending on the poem at hand—one thing that is always a component is reading work by other people. Sometimes that is reading an entire collection, sometimes it’s bouncing around the Internet, filling my head with images and words and phrases. I know that to write, I need to stimulate the creative portion of the brain and, to some extent, put on pause the evaluative portion—how that happens varies widely. Sometimes it’s wine in the bathtub, sometimes it’s a noisy coffee shop.

Photography, I think. Or dance, though I have no gift for it.

I’m getting ready for the release of two books this year—a soup-to-nuts guide to running community-based writing workshops coming out on YesYes Books, and my second poetry collection on Southern Indiana University Press. I’m also starting to work on a new manuscript that draws on modes of divination as a way of making sense of this moment in human history, as we face more closely than ever the possibility of our extinction as a species and simultaneously go about our absolutely regular lives as we always have.

Rest: Why You Get More Done When You Work Less by Alex Soojung Pang, and The Big Book of Exit Strategies by Jamaal May.

MARTY McCONNELL lives in Chicago, and received her MFA from Sarah Lawrence College. Her work recently appeared in Best American Poetry, Vinyl, Southern Humanities Review, and Mid-American Review. Her first full-length collection, wine for a shotgun, was published by EM Press, and her first nonfiction book, Gathering Voices: Creating a Community-Based Poetry Workshop, is forthcoming in 2018 on YesYes Books.