We Italians tend to be pleased with a catchphrase falsely attributed to Machiavelli: “The end justifies the means.” I’ve found the opposite to be true: the way you pursue your principles and programs, your lifestyle, decides whether the end will be worth achieving. Soberness, modesty, and respect are the ways and means that justify the end to be reached. Without them, no achievement is solid or durable.

After this precondition is satisfied, my screen for sifting out a progressive politics comes directly from the Declaration of the Rights of Man and of the Citizen. I respect the secular trinity that grounds these rights: liberty, equality, fraternity. In both public and private actions, a progressive politics must pursue these three principles.

Free speech, freedom of religion, the free movement of people, freedom to dissent, the freedom to pursue education, scientific knowledge, and happiness—liberty is no permanent condition. Even in official democracies it can regress, get squeezed, or trampled upon. When a state forces its projects on an unwilling people, such action reduces democracy to despotism. Any threat to public health in a state’s productive activity reduces citizens to subjects.

Equality contains every measure of justice: equal access to health care, to education, to representation before the court.

Locking up an immigrant guilty of travel is equivalent to discrimination between members of the human race, belying the principle of equality. Equality does not flatten fates, though at the start it does put them on the same plane. Equality is the sustenance called manna, promised to each of us in the desert; once tasted, it gives the coveted sense of satiety. Equality is the precondition of liberty.

And finally fraternity: as a right, it is not like the others. It is the attitude that allows them to be achieved.

I’ve come across it in the struggle of workers, after earthquakes, on the island of Lampedusa, and in the Susa Valley. Fraternity closes its ranks spontaneously in times of emergency. But it also needs to be taught in normal times.

Fraternity establishes the routine of a progressive person or behavior. Those who feel a sense of fraternity are best placed to make their choices in the field. Fraternity isn’t an exclusive property of progressives, it belongs to the human race, but it does ground our pursuit of a society based on freedom and equality, and these, yes, are progressive principles.

If we are indeed all the children of a single couple, of an Eve and Adam, we are each exposed to the risk of Abel and Cain. Against uncountable occasions for conflict, a progressive life increases the number of antibodies, boosting our immune system. 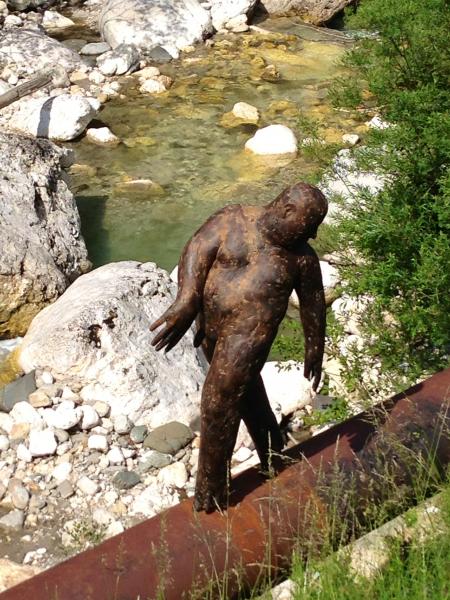