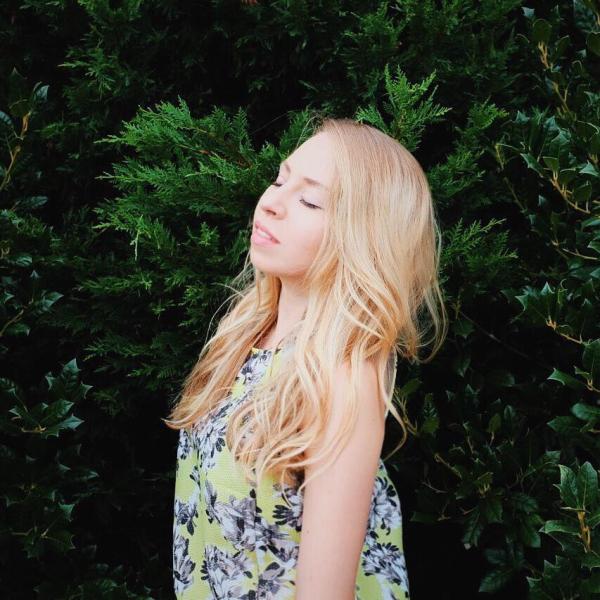 Handed from barbarian to barbarian

The Burgundian Code says
if they pull my hair with only one hand
they're free.

I carry what I own over
my ovibovine shoulders.

When I was sixteen, I submitted poems to a high school poetry contest where the winners got to read at the Geraldine R. Dodge Poetry Festival. I am forever grateful to this program, and I couldn’t believe it when I got the chance to encounter monumental poets and stand on a stage to read. Being a teenager, though, I read one poem about dancing to Shakira at my friend’s basement party, entitled “Smirnoff Ice,” and another about cheerleading. Cannot think of early work without laughing at myself, but those poems were earnest attempts.

Jean Valentine has always been a hero, but Shirt in Heaven created a new lyric pinnacle for me. That book is such a heartbreak and so strong. The goal of goals.

I’ve worked in acquisitions editing for advanced chemistry textbooks, went to toxicology conferences, danced as a “Fun Girl” in college, babysat and tutored all through grad school, taught at Rutgers, worked as a writer / editor in test prep publishing.

When I wrote this, I felt emotionally drawn to art of the early middle ages, portraits of emperors on columns and on coins. I remember how cold the coins felt, even in just reading about them. So much of this one particular art book I was carrying around with me (and I know nothing—I was reading about it for the first time) were these coins. I was living in a stone building, subletting a very good friend’s beautiful apartment. I ate granola standing up and walked from Sutton Place to tutor on the Upper East Side. I felt like a monk. My heart was broken. The Burgundian Code does say: “If anyone seizes a native freeman violently by the hair, if with one hand, let him pay two solidi; if with both hands, four solidi; moreover, let the fine be set at six solidi.”

It has been New York City since undergrad, though it’s still an imagined vision of New York. That vision and romance supersedes its realities. We’re all body slamming our way into trains that are so packed with humans they do not have one square foot left of space, but we’re going to make it happen. That kind of daily New York is still always stung with dreaminess leftover from when I was a kid. I grew up with a cornfield across the street, so driving into the city was a charged moment. I remember trying to understand how the Holland Tunnel was built, acknowledging my family was underwater as we drove past the tiled band that clearly delineates New York from New Jersey. No longer a farm girl once we passed it.

For my book, Lady Be Good, as the title would suggest, it was Gershwin day and night. Cole Porter, Jerome Kern, Irving Berlin—all the jazz improvisations on the standards and all the standards. Now that I’m beginning new work, I’d like suggestions or playlists. I’m coming into the 21st century slowly—don’t get me wrong, I am still listening to The Man I Love every day. I’m sure I will for the rest of my life

I always perk up when I hear a writer about to explain her process. I want to know how to best prepare, how to receive, how to do it well. I am reverent and orderly in many aspects of my life, but not with generating work. My excel sheets that track where I’m sending poems are organized, but actual poem drafts are mayhem. I have notes everywhere. I’ll collate them and write into them and change the font color from hot pink (signifies “not done”) slowly to black. It does not feel magical, or like I’m doing it right as it’s happening. Then when I’m really done I feel it. For me, there’s no neat way to get there.

I have a few poets to whom I’ll send a draft with the subject “This is fourteen seconds old.” After writing something, I’ll erase it if I think about it too much, so I send it out right away with two questions, “What should stay and who cares?” That way, they can feel free to edit as aggressively as needed—if it comes back to me as two lines, those were the two lines that were to stay. And Who Cares is an important one. Even if the poem is successful at capturing my mood or day or fantasy or sincere wish, does it feel like something to you, the reader? Right now, my friend Dionissios Kollias is getting these very new drafts. He’s been great. I’ll wake up and get to my desk and he'll ask, “what’s our poem today?” And we’ll each have to write one.

I’d love to start something from the beginning. I know how many years I’ve read and tried and worked and trained my ear, so I feel a humble recognition that any other form requires that lifetime of study. I am very interested in interdisciplinary work, though, and virtuosos who can do it all / do more than one thing. As for another art I just plain love, I cry from second one of the ballet until it’s over—silently, I won’t disturb you if you’re next to me. Everyone is still and all here to see someone on stage who has practiced—who may be the only one moving in the entire theater. That is so powerful to me! One of my best pals is a professional ballerina and just knowing how hard and how masterfully she works, I respect her as an artist so much. (She was the host of the high school Shakira parties)

Lauren Hilger's debut poetry collection, Lady Be Good, is forthcoming from Civil Coping Mechanisms, 2016. Awarded the Nadya Aisenberg Fellowship from the MacDowell Colony, where she was a fellow in 2012 and 2014, her work has appeared in Gulf Coast, Harvard Review Online,  and Kenyon Review Online, among other journals. She serves as a poetry editor for No Tokens.