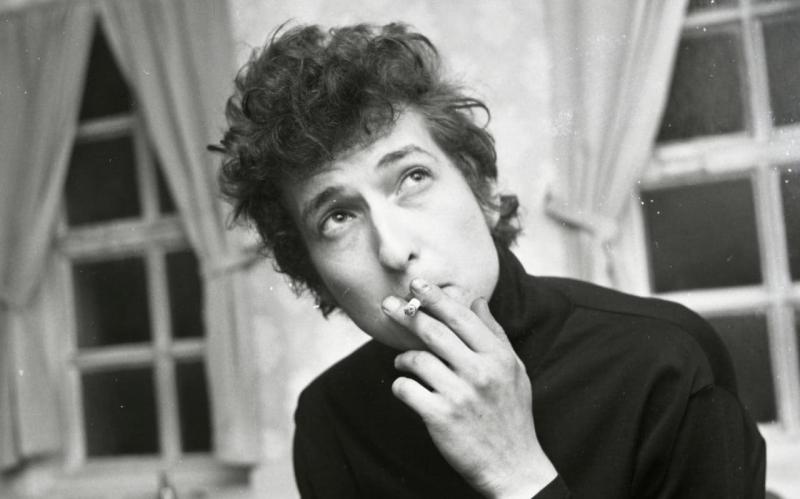 I’m a fan, but Bob Dylan is not a great American poet. John Ashbery is a great American poet. So is Charles Wright. So are Ron Silliman and Susan Howe and Harryette Mullen. Their work, like that of recent Nobel-winning poets like Derek Walcott, Seamus Heaney, and Tomas Tranströmer, lives on the page as much as it does when read aloud. It brings language and the resources of lyric—including the tension between sense and sound that arises out of both figurative language and those ritual elements of rhythm and sonic repetition—to bear on difficult questions, and it does so in ways that are as available to the reader in silent communion with the poems as for any of us lucky enough to see and hear these poets read their work aloud.

Ah, you might say, but poetry’s roots are precisely in musical performance. Homer’s epics originated in the singing of rhapsodes, and, as Matthew Zapruder argued in an online post, musical accompaniment is right there in the name of lyric, that reference to the lyre to whose accompaniment poems were once sung. And sure, let’s add sonnet too, nominally inviting song, however diminished, to linger in our sense of poetry. Yes, sure, all true, and I say the same things to my students when I want them to stop trying to interpret every rhyme or bit of assonance, every metrical conformity or prosodic substitution. But as a way of folding Dylan into poetry, of justifying this prize in terms of his qualities as a poet, it doesn’t hold up. We experience the Homeric epics on the page these days (and have for hundreds of years), and our lyrics and sonnets, at least since some dissociation of senses and sensibilities before the Renaissance, have been only figuratively songs, fictions of singing that are convincing because they refer in their rhythms and repetitions to incantation. Our reviews of new poetry volumes, our citations for prize-winning poetry collections, all focus on poems as written artifacts intended to be read, not as composed pieces intended to be sung. It’s a little weird for writers, readers, and publishers of books (as opposed to singers, listeners, and producers of records) to be talking of poetry as song in this easy way now, in this case, when, for the rest of the time, it’s all about that page.

The work of previous Nobel-winning poets, the work of every year’s potential Nobel-winning poets, might arise from the page and go with you in a chant that lives in the valley of its saying, but it does so because it works, first and foremost, on the page. This just is not true of Dylan. You don’t have to take my word for it. You can try it for yourself if you open to pretty much any page of The Lyrics, the 900-page tome that collects forty years’ worth of Dylan’s lyrics and presents them as poems, shorn of the melodies, accompaniments, and delivery from which they are, for most of us most of the time, otherwise inextricable. As much as you love the words to “Positively Fourth Street” or “Subterranean Homesick Blues” or “Percy’s Song” or name-that-tune, they don’t, in this unnatural isolation, deliver the rewards we expect from poetry. Intended for (and dependent upon) performance, especially accompanied performance, especially performance in Dylan’s unique voice and phrasing and style, these lyrics’ repetitions and refrains too often clang, and lines that resonate with mystery when sung recede to the border of nonsense when they’re abandoned by music and voice.

That said, I can’t quite agree with many of my writer friends who reject this award out of hand, who dismiss Dylan as a “rock star” and refuse to reckon with his body of work as literature. “Better put Toni Morrison in the Rock-n-Roll Hall of Fame,” one friend of mine posted on Facebook, and “Wonder when they’ll give Guy Fieri the Nobel for Chemistry” another wrote. In a more sustained articulation of this position, M.A. Orthofer at Literary Saloon argues that the Literature Nobel to Dylan is a category error on the part of the Swedish Academy. Dylan is a great artist, this argument goes, “but literature?” And there I have to say, why not? Under what definition of “literature” do we rule Dylan out? A pretty narrow one, it seems to me, in which we take the “writing” that is, etymologically and lexically central (that’s where the “lit” comes from) to mean only those genres we might clump together under the antique term “belles lettres,” the ones that got hived off from the rest of writing in the late eighteenth century and sacralized as culture in the elevated, exclusive sense (as opposed to the Raymond Williams/Clifford Geertz expansive and inclusive sense). Drawing that kind of boundary seems to me unnecessarily limiting, not least because it’s the kind of border policing that has often, historically, been used to devalue the expressive traditions of cultures for which the lyric, the novel, the drama are perhaps not the best taxonomic terms.

If, instead, we understand literature (as many college and university departments of the stuff these days do, by the way) as comprising not only novels, plays, and poems, but also films and television series, musicals and advertisements, a broad array of linguistically significant stuff that makes up “a whole way of life,” then a body of work in which language, among other signifying practices, is set into and against and sometimes athwart forms and constraints in order to produce meanings, often complex ones, and also pleasure (to, that is, instruct and delight), a body of work like Dylan has produced over the last fifty-plus years, ought to count. And if the Nobel Prize is to recognize significant lifetime achievement in this field of endeavor, then Dylan’s achievement seems to me worthy. Where the lyrics alone, read as we generally read that stuff that we call poetry, fail (read as poetry, they’re not very good poetry), the songs as wholes, the words taking their place within the ensemble of practices that produce complex, meaningful, and pleasurable effects, are masterpieces. The Swedish Academy in this way is not committing a category error but is instead simply (and, I think, usefully) re-enlarging our understanding of what “literature” is. And this year’s award to Dylan continues some valuable expansion of the category that we’ve seen in a couple of other recent Nobel decisions, especially the awarding of the prize to Svetlana Alexievich for her works based on interviews and oral histories. This is all to the good, and rather than deplore the decision, I am finding myself inclined (though not without some ambivalence—I really would like to see more Nobels go to writers from beyond the Euro-American boundaries) to celebrate it.