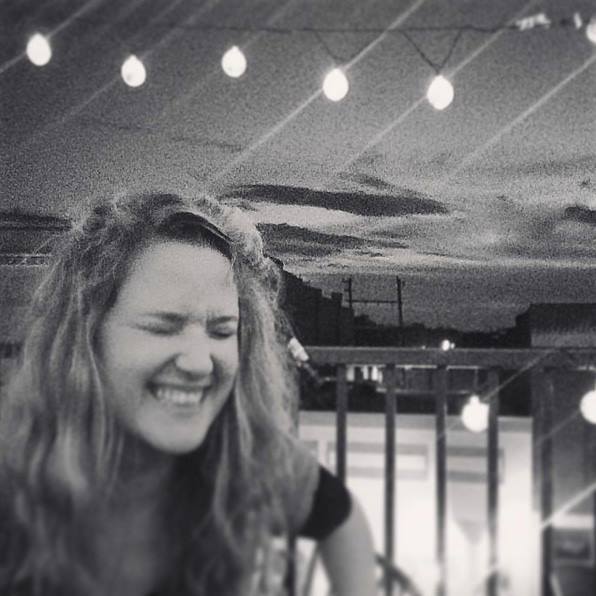 "It was the air. The temperature and density of it, like it was being compressed around the city. It was the emptiness of the streets and the quiet. It was the time: there was no school, no one wanted lessons, there was nothing to do but read and breathe and try not to sweat through everything I put on. Even the walls sweat. Beads of condensation budding, like sap, from the purple paint."  -- from "Asfixia" which appears in our Spring 2016 issue (Volume 57 Issue 1).

The first real story I ever wrote was for a class with Suzanne Berne at Boston College. It was about a girl who discovers the dead body of a man she barely knows—a man who sold paintings to tourists below her window—but after a run-in with corrupt cops, she feels she should find and tell his family. Suzanne had instructed us to include a dead body in our stories that week. Now that I teach creative writing, I can appreciate what a brave thing it was for her to use that prompt, considering how often I want to tell my own students not to use dead bodies as gratuitous plot twists. Still, it lurks forever in the archives of the student lit mag.

The first story I wrote that might’ve been okay was a story about a one-night stand who wouldn’t go home, which I wrote very quickly and sneakily after reading Anne Enright’s “The Bad Sex Weekend” and Matthew Yeager’s “A Jar of Balloons or The Uncooked Rice.” I imagine I borrowed too much from both, but it was exciting, at the time, to feel a story come out fast.

What writer(s) or works have influenced your own?

Where does a person even begin? In big, long-term ways, I’ve come to rely on writers like Virginia Woolf, Michael Ondaatje, Michael Cunningham, Junot Díaz and Zadie Smith to remind me what novels can do. I often turn for sustenance and entertainment to the work of Anne Enright, Norman Rush, George Saunders, Deborah Eisenberg, Michael Chabon and Roberto Bolaño as well.

In more recent years, I’ve looked for guidance (and found it) in the work of Amy Hempel, Joy Williams, Grace Paley, Clarice Lispector, Mary Gaitskill, Lydia Davis, Elizabeth Hardwick, Valeria Luiselli and CD Wright. Among so many others.

During high school and college I did a lot of waitering and a lot of research. I read the slush pile for Post Road and made instructional videos for a tech start-up. Afterwards I worked as an English teacher in Madrid, mostly in charter schools but occasionally as a tutor to government officials and businessmen. Then I got a job as an editorial assistant on Psychology and World History textbooks, which I rather liked, since it felt like taking intro courses in subjects I never majored in. More recently, since starting grad school, I’ve been teaching again, but I write anonymous, clickbaity freelance articles on the side.

A writer. Then a dancer, an actress, a librarian, a spy, and a CEO. Now a writer again, and a teacher. Perhaps an editor, if the opportunity arises. I’m still young!

What drew you to write this piece?

Ellen Gilchrist told us if we didn’t have anything nice to write about, to write about the weather. She was kidding, I think, but I tried it. Really I was struggling with people and characters who did compulsive things—like leaving their homes for no good reason— and I thought I might write my way into understanding those sorts of choices. Also August in Madrid has such animus—people fear it. I always liked how much power it seemed to have.

Is there a city or place, real or imagined, that influences your work?

My family moved around a lot when I was a kid, so I can’t help but draw on elements of these places—New England, Tokyo, Santiago, L.A.—but my family is largely from the Midwest, so small towns across Ohio, Illinois and Wisconsin are also dear and familiar to me, and so they become fodder as well.

Spain, and particularly Madrid, also crops up a lot—the few years I lived there were so rich and strange that I can’t help myself.

I’m actually horrible at multi-tasking of any kind, and unfortunately that includes listening to music. If it’s music I like, I listen to it, instead of write. If it’s music I dislike, I curse internally until I give up and go home. I’m envious of people who can use things like music to heighten or insulate their focus rather than detract from it.

My boyfriend, Josh Idaszak. An excellent writer himself, but with reading and writing interests that dovetail enough with mine that I hope we don’t risk becoming our own little echo chamber.

I don’t see genre divisions within writing as truly constituting “another art form,” so my hopes of trying out narrative journalism or screenwriting probably don’t count.

My father paints and sculpts, and my sister dances and acts, but of all those things, I’ve found painting to be the most intuitively fun—calming and stimulating all at once. I’m absolutely no good at it, but I love spending the occasional summer afternoon playing around with cheap acrylics and a palette knife.

Caroline Beimford is from Boston. Her work has appeared in Zoetrope: All-Story, and she is currently pursuing her MFA at the University of Arkansas in Fayetteville