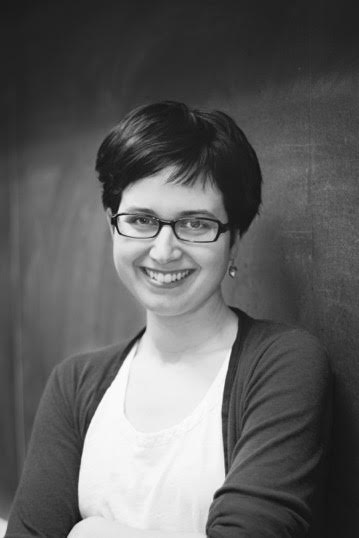 The other mothers covered their children's eyes. April covered her son's ears. She might have expected the animal to cry, or to struggle, grasp for breath. But from the bleachers, there was nothing, not even a crack." -- from "The Rodeo" which appears in the Summer 2016 issue (Volume 57, Issue 2).

I tried to write a grisly murder mystery in fourth grade and a YA novel about dragons in sixth. I have started a hundred stories since then, but The Rodeo was one of the first that I actually finished. It was written about seven years ago while I was still in college and working as an office assistant for the Bennington Writing Seminars. There, I was able to see people doing the kind of work that I dreamed of, but had no idea how to accomplish. Before that I thought that you either wrote something and it was good or you didn't write at all. I didn't think about revision or editing or the importance of failure. Since its conception, every sentence in The Rodeo has been rewritten at least once. Characters have been cut or added. It has been rejected and encouraged. It is the one story that I have allowed to evolve with me over the years.

What writer(s) or works have influenced your own?

I love Elizabeth Bowen’s novels. I’ll be in tears over a description of a cloudy glass of milk. As a writer, that is all I have ever wanted to do; destroy my readers with everyday objects. Also, Alice Munro and William Maxwell. I think of these writers as having discovered the perfect narrative altitude, like finding the right angle to see past a reflection on water.

I used to give trail rides on horseback through the Vermont countryside. I rode a big, impressive looking horse named “Blue” and only fell off in front of the tourists once. During this time I also dabbled in horse training (with the same big horse) and worked as a camp counselor, supervising and instructing a large group of adolescent girls on horses. It was exhausting.

In the last few years, I've written articles for a restaurant industry magazine on topics like wine pairing, cheesemaking, how to cook rabbit, and how to make cocktails from foraged herbs.

What drew you to write this piece?

One night, during my days as a horseback riding “instructor” (quotations because I am not at all qualified), I drove a group of girls to a rodeo in central Vermont. A bronco threw its rider and then dropped dead, just as described in the story. Some of the girls cried. People went home. I was amazed by how the rodeo staff disposed of the animal all the while assuring the audience that it was still alive.

Is there a city or place, real or imagined, that influences your work?

I have always thought of rural Vermont as being a bit spooky. We have the pretty foliage and the covered bridges, but behind all that I've always imagined something ghostly, some excluding force. My sister once said, “it’s like the forests don't want you there.” It’s true. There is a sense of unease present in my work that I attribute in part to growing up in these surroundings.

When I am feeling especially creative I listen to Captain Beefheart. All those feral wind instruments and dirty guitar riffs stir up my ideas. I can shift words around, feel their texture. I'm realizing more and more that I write better when I'm distracted. It’s like I'm tricking the words out of hiding by pretending not to notice them.

I have a few good friends who will look at drafts for me. Some are very thorough in their edits, while others are more generally encouraging. I need all of it equally and I am so grateful for the time that they spend.

I would make stop motion animation like the Brothers Quay.

A friend has been recommending Housekeeping, by Marilynne Robinson for years now. I have finally picked it up. It is the kind of writing that rearranges your brain, like learning a new language. I’m walking around reading this thing, groaning and sighing in appreciation, like I'm suffering some minor illness. I highly recommend it – the book and the swooning.

Genevieve Plunkett’s stories have appeared in the New England Review, Willow Springs, and Mud Season Review. She lives in Vermont with her husband and two young children.