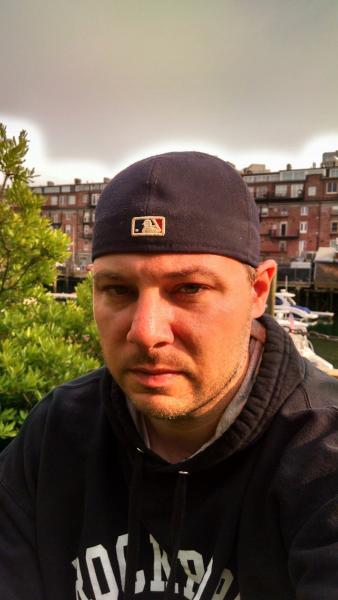 "It was the day after Christmas, and watching Danny Splighter skate for the first time in my life was like the holiday was happening all over again." - from "One Way Zebra" which appears in our Summer 2016 Issue (Volume 57, Issue 2).

When I was in third grade in Mansfield, Massachusetts, I had this teacher named Ms. Ferris. In first grade they thought I was developmentally challenged, especially when it came to reading. I knew that wasn’t the case. I guess I kind of rebelled in second grade, because I was always held back in for recess. I’d read. Then I get to third grade and Ms. Ferris, who everyone said was super strict and scary, would have us write short stories at the start of each day.

On the bus, shit would be flying around, but hell, a ball of paper could bounce off my head and I’d hardly have noticed. I was working through my story. I did a lot of scary ones. And rubbish poems. There was one about autumn. “Leaves can be red, yellow, or gold/And each has its own story to be told.” Totally daft, laughable. But I was starting to get pretty deep into a nascent form of what I’d do later. I’d go fast, because I could write in my head, remember what I’d written, down to the last comma, and I could make the rest of the narrative as I went.

None really. I know that sounds awful. I think most writing is boring. When writing is not boring is when it doesn’t feel like writing. It feels like the purest of experiences, its own thing apart from words, not earthbound but of the stuff that we’re most “of,” you might say, here on earth. And when I have read writers who matter to me—Fitzgerald, Keats, John Clare, James Agee, Chekhov, Proust, Gogol—I read them as competition. I don’t write like they do, I don’t wish to. That’s the other team’s starting nine, in my view, and how well will my starting nine do against them?

For me, I always thought of records as more formative, like a Who record, a Beatles record. I thought of them as self-contained stories or extended stories, books, with sound abetting sense, and vice versa. That sonic quality fostering cognition in the audience. Words can do that, words, like with Fitzgerald, can do that more than outright music can do that.

Whatever influence I had came in terms of that stuff. The way the Beatles would modulate as they went into a bridge. Prose can modulate like that, when one paragraph breaks off and another starts. Or sometimes a word can repeat in a song, just as a word can repeat in prose. It’s that beat. I don’t mean in the strictly musical sense, I mean in the cognitive sense, that little beat. You’re going along, going along, going along, one character says one word, another says the same word immediately after, and it’s all changed, the timbre has changed, there’s that beat.

You have two groups of potential readers. The world, and the publishing community. The latter is largely centered on pretentiousness, stories that have hardly any life in them, for people who often get offended and threatened by the real stuff of life, the real full-on emotional heft of things. It helps to be one of them, to have gone to their schools, look like them, sound like them, write like them. There’s that tone of “Writing” rather than a tone of writing. Prose starched to the hilt. And then it’s about managing that fiefdom. The upkeep of the system. The justification of a system where there is little talent, and when there is talent, it is an extreme demerit.

Then you have the public, who largely doesn’t read, and whose reading skills are devolving by the day. An industry puts forward works that people couldn’t possibly care about, helping to kill off reading in that public, and further devolve reading skills. It goes on bookstore front tables, it wins awards because none of this is about the actual quality of the work and its relevance to human lives, and they think, when they do see it, this sucks, I’d rather watch Netflix next time.

I’m never someone who would have a good answer for something like this. I was walking around one day and it was just the usual. Let’s write a story, who do you want in it, what are they going to do, etc. I did play hockey as a kid, and was recruited to play DI college hockey, so I spent a lot of time in rinks and locker rooms. A lot of wit in those places. A person might be surprised.

Hockey fans—and parents—say some choice phrases from the stands. Some real fascinating coinages, too. A referee has on a black and white uniform, like a zebra. So there’s a parent who thinks at one point in a game the officials are working against his kid, so he screams out “One way zebra!” But that line modulates, becomes something else through out this story of two hockey playing friends—one massively gifted, the other just a normal player—going off to a summer hockey camp where there’s a girl one of them likes, and a counselor who is coming undone, who may have hit a girl, or who might be protecting a family member, and who may or may not try to drown himself.

And what were once unlikely alliances become what I think of as crucial transitory alliances. We have very few people who love us. It’s a reality. Love is rare. Everyone says the words, but love is rare. Friendship is rare. What becomes crucial in this life, in not going under in this life, are those alliances that occur at certain points when they are most needed. They pass. As so much passes. But they’re what allow you to keep going, to get to the next one you will need. And “One Way Zebra” is a story about that.

I write a lot in my head, when I’m walking. That can be out in the woods in Manchester-by-the-Sea after I’ve taken the commuter rail up there, or in Concord, or at the Museum of Fine Arts. Other times I write stories while I’m asleep. There was story in the VQR a few years back called “First Responder” that I wrote like that. And then of course just at the desk, chopping wood. Do this one, okay, that’s done, what’s next, do that one, okay, on to the next, etc.

I had lots of bad jobs in retail. I worked at that giant Barnes and Noble that has been closed forever now at Downtown Crossing. Got fired from that for hiding the bad books and putting the good ones in their place. I was a bouncer at the Rattlesnake on Boylston. I was terrible at that.

Again, no influence, really, but as a person I feel less myself when I’m not in New England. I just love everything here. From the granite underfoot to the freakin’ species of fish in the ocean to the Cape to places like Rockport to the Red Sox and what they mean generationally to village greens and pumpkin patches done right and fucked up weather of thirty-eight degrees on a Tuesday and seventy-one on a Wednesday. Fitz Henry Lane, Winslow Homer, sitting on my ass behind the Old Manse writing pitches for work in my head. I don’t want to write them in a hipster café in Brooklyn as that would cause me to part with portions of my soul.

No, not really. Sometimes I’ll have music on. I used to have more little rituals, I guess. But over time, everything slowed down for me, you know? Much of life is hard for me. Almost all of it. But writing? Writing is easy for me. I can do it anywhere, under any conditions, and I can do a raft of other things at once. Doesn’t matter to me. But most everything else, that’s different.

I only eat once a day in my La Boheme-like existence, so I couldn’t possibly eat while writing. That’d feel so weird. I like to have a coffee, but I’ll not let myself have a sip of the coffee—and this can be four-year-old Starbucks Christmas coffee that has been sitting in the pot for three days—until I’m pretty far along in something I’m writing. Like I don’t deserve it. Word to the wise: three days is about how long you can go with left out coffee before the mold appears.

No one. Well, I have some people I send it to, but by then, it’s already gone out. I get up, write it, send it.

I once had someone in my life whom I’d always send stuff to first, even if they wouldn’t see it in their inbox before an editor would see it in theirs. But like I said, things that are real are things that are rare, and life often becomes about those transitory alliances that swing you past the things you’ve lost, in search of the things you hope not to. That’s what the best writing can do, too, only there’s nothing transitory about living forever, which is what that writing does.

Colin Fleming’s fiction has recently appeared in Boulevard, AGNI, Post Road, Commentary, London Magazine, and Black Clock, with additional material appearing of late in The Boston Globe, Vice, JazzTimes, The American Interest, and The San Francisco Chronicle. He is the author of The Anglerfish Comedy Troupe: Stories from the Abyss (Dzanc) and is a regular guest on NPR’s Weekend Edition. He has recently finished his first book of nonfiction, Many Moments More: Essays on the Art of Endurance, and is completing a novel about a piano prodigy who does not wish to be a genius, called The Freeze Tag Sessions.