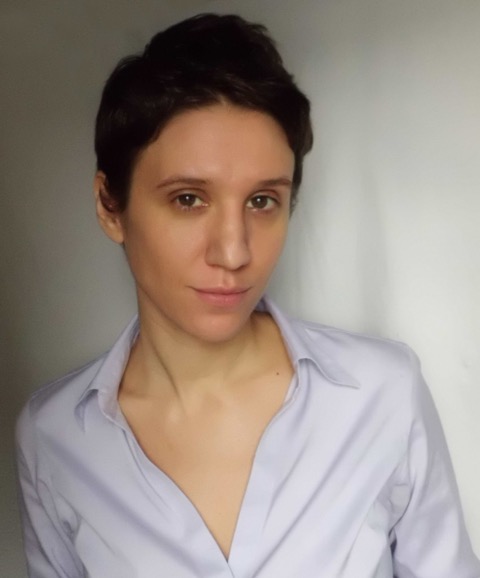 "The Stewardess was out of control. She was told when to speak, what to say, what to wear, when to change it, how to stand, where to sit, and how to serve. But she decided whom to service. And she decided how. Four passengers: two men, two women. Always in the lavs, always inflight, always all the way. And once they’d landed in postcoital waters, the Stewardess laid down the rules." - from Emergency Exit, our April 2016 Working Title. Read an excerpt or buy on Amazon, Kobo or Weightless Books.

Tell us about one of the first pieces you ever wrote.

Back in 1996, there used to be a forum on AOL called Hecklers Online. It was mainly a space for standup comics to promote their work, but there were also contests for humor writing. Not the sort of contests you’d find in a literary journal—submission fees, judges, etc. Instead, the site moderators would post an intro chapter to a story and anyone could write the subsequent chapters and email them to be considered as the official continuation of the story. The chapter the moderators chose was published on the forum and the process would continue until the story was over (i.e., an exquisite corpse). Alongside each chapter, the author’s screenname was included in the byline.

I took part in this communal activity only twice, and both times, my chapters were chosen. The second was an absurdist chapter—it involved a gang of packaged food staging a revolt in a convenience store, and culminated in the leader instigating the uprising by way of a rousing speech. It was fairly straightforward satire, though I’m not sure what the target was.

Regardless, after it was published, this guy IM’d me to say he liked what I’d written. He said it reminded him of Animal Farm, and I sent a noncommittal reply. In all honesty, I had no idea what to say because my immediate reaction had been, “My story is nothing like that John Belushi movie.”

I was fifteen years old.

It’s hard to think about how I write now without thinking about revision. I always revise by ear. Part of it is due to my writing schedule. I draft and revise late at night—there’s no interfering sound, so it’s easy to get into the cadence of the work. But I had no cogent way to describe what I was listening for until I read Gary Lutz’s essay, “The Sentence Is a Lonely Place.” In it, he breaks down the punch I aim for in my writing—ending sentences on a stressed syllable, emphasizing the relationship between like sounds in a sentence or passage—and though he doesn’t get at questions of velocity, the cadence you can build via punctuation and diction, I’m incredibly grateful to Lutz for that essay because he legitimized my dogged revision style. I draft and revise fairly slowly, so Lutz’s essay let me be kinder with myself in that regard.

As for direct influences, they tend to be theatrical. I’m in unabashed love with great dialogue. David Ives is an amazing playwright. His first collection of plays, All In the Timing, is very clever but the cleverness is always in service to the plot. Same for Tony Kushner’s Angels in America, and he gets so amazingly surreal. I don’t think I’d be so invested in words if I hadn’t grown up listening to Sondheim and William Finn. The lyricist in me, if there is one, is fairly obviously a wordy guy.

And of the fiction writers, I take heart from novelists who write frankly about sex and politics: Vanessa Veselka’s anti-corporate novel, Zazen, is so full of gorgeous lines, all of which serve to balance the bleak politics without denying their bleakness; Shani Boianjiu’s stark novel about the Israeli-Palestinian conflict, The People of Forever Are Not Afraid, is vulnerable without being sentimental, not to mention her humor is acidic, which helps when rendering a narrative about women at war; and this is going to sound like a lie, but I swear it’s not: my favorite book for years and years was the Pennsylvania edition of Theodore Dreiser’s Sister Carrie, which differs from all other editions published 1900-1981, in that it involves prostitution, among other things, and a collision of an ending. The main thrust of the novel is the journey and fallout of a woman’s desire for work, and the potentially unethical lengths to which she’ll go to make something of herself and her life—two themes that are on clear display in “Emergency Exit,” so even if I wasn’t thinking about it as I wrote it, it’s hard to discount the novel as having had its way with my brain. (Plus, if you’re unfamiliar with it, Sister Carrie’s publication history is fascinating. It’s as if Dreiser were having a literary feud with his own publisher.)

I’ve been a bookseller (2-ish years at Borders, 3+ years at an independent bookstore, and 6 months in a college bookstore), a switchboard operator and call center employee in a medical billing/collection office, a computer specialist (which mostly involved helping my American coworkers transition from a DOS-based system to SAP, and my German coworkers streamline a homemade translation of SAP from German to English), an adult literacy tutor, a library aide, an ESL teacher, an administrative assistant in higher ed, a proofreader at an ad agency, a college lecturer (rhet/comp and fiction writing), a production designer at a publishing company, and an editor/publisher/graphic designer for a literary journal and small press.

Basically, I’ve tried my hand at each stage of publishing, and if a job involves words, it’s more or less up my professional alley.

I’m currently writing a novel about the continental US, so I’m knee-deep in research on states I’ve never seen. In that regard, the US feels both real and imagined for me right now. I’ve also set three stories in or near Chicago, despite not having spent much time there. I think I go back to it because I like writing about cities, because I live in one. But very often, the cities that wind up in fiction are either: 1) the city where the author grew up (in my case, a boring suburb in PA), or 2) the city where the author lives (in my case, Boston). And though I love Boston, I always feel like a cheater when I try to write about it. I never feel like I’m doing it justice and I’m never quite sure when to branch off and start making things up.

The Cincinnati Airport. It’s not in Cincinnati. It’s not even in Ohio. The Cincinnati Airport is in Kentucky. So I decided it was a place my narrator wanted to escape because it didn’t feel real. The first draft started with her mentioning all the reasons she took the job—but mainly, she wanted out of Kentucky. Then she wanted to get out of the country. And along the way, she discovered she wanted to be a pilot. But that draft didn’t come together because, in my experience, when you encounter a side benefit from an awful job, that benefit isn’t another job—it’s endearingly mad coworkers or a weirdly transferrable skill or a supremely funny story. Or, more often, a daydream wherein you get to quit in a dramatic and vengeful way. So I tried to focus on the benefits of the work itself and the relationship between the women (the Stewardess and Cleo and Darlene and their coworkers [the Greek chorus, “Janet”]). And I found overlap in the various levels of competition between them, which informed the Stewardess (and me) about what she wanted from work.

Why this length for your work?

The depth of character I can get from a story that’s 10,000-15,000 words is more engaging than a story half that length. Long stories allow me to delve more fully into scenes, showing them in a literal sense, then a more interior sense that informs character. I’m invested in character on the same level as plot because, ultimately, both need to be astounding. You can have an inventive plot, but if the characters aren’t memorable, who really cares what happens? And you can have a compelling cast, but if nothing much occurs, there’s no way to transcend the details of their lives. A longer form also lets me play around with structure—I can get be more flexible with time, which feeds exposition, which feeds character and plot.

In the case of “Emergency Exit,” the structure (counting down the months until the Stewardess is allowed to work international flights) was my way of introducing all the hurdles she leaps while waiting to duck domestic. And each month or range of months offered another opportunity to show the supporting cast, all of whom either pressure or manipulate the Stewardess in complementary ways.

The short answer: Long stories let me explore plot, re: characters, and fill characters to capacity, re: plot.

I write every day. Whether that means full drafting, taking a detailed note, doing research, or re-working or deleting a page or passage, I have my hand in my writing every day. Writing long form requires that sort of commitment. Otherwise, I’d lose momentum.

If you could work in another art form what would you choose?

A singer (but not a songwriter).

What did/do you want to be when you grow up?

I wanted to be an actor when I was younger. I still think about it sometimes. I ran a reading series in Cambridge for five years, and I tried to encourage the readers to be their most dramatic selves.

Now I want to be a writer who performs her own work. And, I hope, someday records her own audiobooks.

I’m currently reading and loving In Case of Emergency by Courtney Moreno, a brainy novel that combines emotional resonance and heady facts, which is the formula for What Does It For Me In Fiction. Plus, it’s got a great hook. Piper Gallagher is an EMT who has trust issues and a girlfriend with a traumatic brain injury (TBI). When she learns that the side effects of TBI include mood swings that make her girlfriend seem like a different person, Piper lists a series of amazing medical recoveries (e.g., people who’ve endured tremendous injuries and miraculously survived via surgery). Then she asks the reader:

But what do we have except hope? And what is hope except the persistent belief in the unlikely, if not the impossible? As in: you won’t get hurt, you won’t fall, you’ll survive, you’ll recover, you can beat this, you are loved, you’re going to live, you’re not alone.

The duality in Moreno’s list is very telling. It can be read as physical or emotional pain. For me, that’s the heart of great fiction: in the face of trauma (a disease, an injury, a paralyzing memory, an incapacitating fear), risking emotional or physical safety in order to attain connection is not just hopeful, but life-affirming. That’s the best work fiction does. It reminds us of all the ways life redeems us, even as it tears us down.

Carissa Halston is a fiction writer, editor, and book designer. Her award-winning stories have appeared in Willow Springs and Fourteen Hills, among others, and she's received grants and honors from The Cincinnati Review, The Wesleyan Writers Conference, the University of Maryland, and elsewhere. She is the editor-in-chief of the literary magazine apt, and co-founder of Aforementioned Productions. She currently lives in Boston where she is at work on a story collection and a novel.