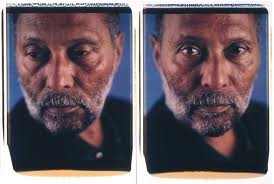 Stuart Hall, a beloved cultural theorist and political activist whose work reached so many people across so many borders, died Monday in London, at the age of 82. Since then, colleagues, friends, readers and even opponents have sought to recognize his contributions to their thinking, their understanding, and their political projects. Memorial statements are perforce incomplete, and thankfully the archive of Hall’s work is extensive—in his writing, his long history on British television, in documentary and educational films featuring him (including several from the Media Education Foundation directed by University of Massachusetts professor Sut Jhally). A number of recent filmed interviews capture Hall’s continuing dialogue on post-Thatcher politics, the neoliberal economic settlement, the past and future of cultural studies—a field Hall co-founded—and the intimate and historical forces that shape a life. Class, race, gender, nation and sexuality all figured in Hall’s analysis of movements, moments, claims, counterclaims, and thought about the way forward. 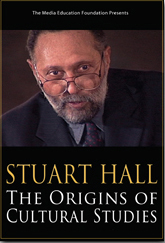 The archive is complemented now by warm-hearted memorial tributes from those who consider ourselves Stuart Hall’s students, whether or not we ever sat in his classroom or lecture theater, or enrolled in his distance education courses at England’s Open University. Hall was a teacher’s teacher, with a deep well of knowledge from so many scholarly and quotidian sources. He had an organic commitment to understanding social and political phenomena complexly, and the gift—or art—of speaking about them with electrifying clarity. He taught us that careful theory in the face of political domination is itself a critical political gesture, one that needs to be attached to practical opposition and collective intervention. His unit of analysis was the conjuncture, that complex, historical meeting point of groups and forces where things change, where new connections are wrought, sometimes with and other times against existing governments and state actors. What conjuncture are we in? Hall would ask, understanding, for example, how Margaret Thatcher’s “authoritarian populism” won followers who stood to lose in the wake of her policies, and understanding the role that old and new Britishness played in the political successes—and devastating social losses—of Thatcher’s conservativism and New Labour.

Hall was a responsive intellectual as well as a formative one. He participated in new theoretical movements and questions that his own, earlier work mightn’t have presaged. He challenged the uncoupling of cultural studies and politics, but he also brought left tradition into dialogue with identity theorizing, responding to psychoanalysis, feminism, new historiography, and postmodernism as paradigm shifts in need of understanding and connection rather than defensive indifference or opposition. This is just one part of Hall’s long record of raising the conversation. He was a brilliant and proximate model of how to be: while few of us can match his depth or achievements, we can seek to become the Stuart Hall versions of ourselves—intellectually demanding, patient, engaged, creative.

As cultural theorist and participatory critic, Hall explained better than anyone else, really, why and how popular forms—television, music, cinema—matter in the development of popular consciousness and politics and, equally, why the project of self-representation was so important for groups historically marginalized by dominant images. He was long a devotee of Miles Davis, the composer and performer who crystallized for Hall the beauty, psychic density and peril of Blackness, and who provided the soundtrack for Hall’s emerging black consciousness in Britain of the 1960s. 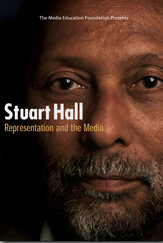 In his “retirement,” Hall co-developed a project in Shoreditch, East London, called Rivington Place, a community arts organization that features the work of local and international artists and intellectuals of color. The center includes a library of hard-to-locate primary and secondary sources from all over the world, especially from the global South and its diasporic communities in the UK. Though Hall himself was not involved in naming the library, it is, indeed, called the Stuart Hall Library, a community space for the meeting of minds, ideas, exhibitions, and education, and for community activities of all kinds.

In 2013, British filmmaker John Akomfrah completed The Stuart Hall Project, a beautiful and poetic feature-length documentary about Hall’s intellectual and political life. The film includes no original footage, but a wealth of archival material from Hall’s public presentations and his media work as host, source, commentator and activist, set to the music of Miles Davis. Hall comes across, as The Guardian describes, as “a calm figure who insists on the topic of equality.” There are also family images in the film, alongside Hall’s comment on his upbringing and family years in Jamaica. The Stuart Hall Project bears witness to a remarkable life, one that took shape amid historic developments in Caribbean independence, the formation of a colonial and post-colonial diaspora, and a long-standing Jamaican color caste system within Blackness that did not privilege Hall—on the contrary—but brought his razor focus to the worldly conditions that form a person. 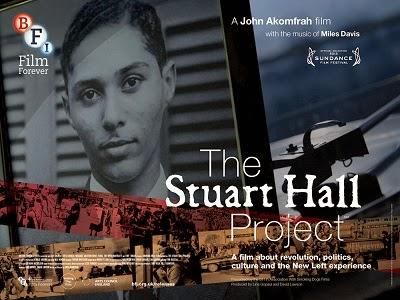 We are the beneficiaries of that brave and rigorous curiosity, and in exchange Hall has drawn our sustained attention and our affection. This is a rare response to a theorist and public intellectual, one brought forth by Hall’s incandescent thought, his breadth and care, his real-worldliness, and his gifts for friendship and solidarity over the long haul. I did not know Stuart Hall personally, but I am never surprised to learn from good friends in common that friendship was key in Hall’s life and work.  One such friend told me a story recently; after a cozy supper in an apartment in London some years ago, those present started to speculate high-mindedly about what they wanted.  Better government, better justice, a better world.  Hall, on the other hand, wanted a “power shower,” nothing if not a materialist wish born of the old inadequacies of British plumbing, with rubber hoses loosely rigged to tub faucets and sent flying and spraying the moment you turned on the water. A power shower—an anti-transcendental improvement to want, and not a bad sign for the cultural theory and Realpolitik that Hall’s work teaches us to love.

Lisa Henderson is a professor in the Department of Communication, University of Massachusetts