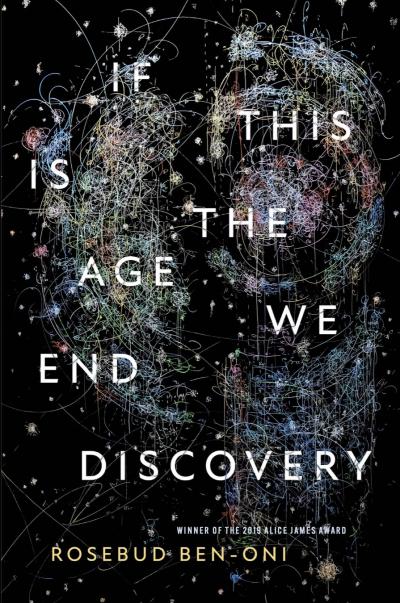 & the little graces & galactic undeeds—& you

Tell us about one of the first pieces you wrote.
It’s called “Shoal,” and although it wasn’t published until 2013, I began it in the late 90s, when I was very young and living in New York City. It began on Henry Street, with “You are in a windy Lower East Side square.//Henry Street, arid and slow./ An elderly street without monuments./ Arched in inner city catheters/bending the sun. A contradiction but warm.”

I don’t like to romanticize the past, especially 90s New York City, but it was truly glorious to be a teenager during those times. NYC was a lot rougher around the edges, and so was I, for all my lyricism. I was in love, truly in love for the first time, with a woman who’d go on to shape the arc of poetry growth. I was also wrestling with my mixed identity, feeling my Judaism very much intact, and that relationship to HaShem in my own punk rock, impish way, while also still feeling very much outside, looking in, to the various Jewish communities in my life. I remember very distinctly writing this part at Shopsins, very early in the morning (RIP, dear Kenny): “You call yourself an Annex Jew—//from the Frick’s untouchable pools/sinking down/ an upright bass on the Bowery/you and the pianist climb the terrace of Beatrice Inn.” Those days, I studied hard and I hit the clubs, concerts, museums, galleries, just as hard. I didn’t sleep very much those days. I was wild and curious, and I didn’t have any money, and I had a lot of good people in my life who only cared about the former.

And that poem “Shoal,” although it ends in a seemingly darker place, was a revelation that I could be something made up of many things that don’t make a complete thing. Not just by being mixed, or never being able to fully belong to one group, but that, in all senses, never really belonging completely to something. Something along the lines of when someone says poetry can’t do something, then poetry will go and do that thing.

That’s who I am. All my life people have found me strange for my ideas, especially my last book (If This Is the Age We End Discovery), but I can’t say I don’t enjoy fumbling with the riddle myself. Who wants answers when the question is eternal? Creating hypothetical particles as much as the need to make testable predictions. Building a new system and then questioning it. “Shoal” was the first poem that really expressed my distaste for groupthink. It was claiming the first of many impish eras, followed by just as many of doubt. I’ve taken may risks in my life, and can say, in all candor, I have no regrets because it led me here.

What writer(s) or works have influenced the way you write now?
Two poems in particular: Apollinaire, particularly “Zone,” with that kind of Christianity, doubt and take on modernity after World War I, spoke and continues to speak to my Judaism. And Nazim Hikmet’s “On Living”—I try to read it at least once a month as a refresher to remember to have faith in life. (Even though I still maintain we are living in a simulation—the science is just too strong to think otherwise. But it doesn’t mean life isn’t worth living, because it is; you can still create in a simulation.) Oh, and lots of Edmond Jabes.

In terms of science, Hugh Everett III (he’s behind the math and framework of what everyone calls today The Multiverse, when it’s really a solid interpretation of Quantum Mechanics) and Freeman Dyson. Primo Levi for The Periodic Table. I was also found of Pat Mora in my youth, and still am. These days, it’s Sabine Hossenfelder who’s rattling so many cages. I don’t agree with some of her takes on science, but I’m glad she’s asking the kind of questions she is.

What did you want to be when you were young?
A writer, always, and a scientist, always. I was fascinated with the electron. In grammar school back then, my science teacher said it was a “single dash” orbiting around an atom, and that the proton was fundamental. This did not seem right to me even as a child. I didn’t have the language yet to express my thoughts on this, but sure enough, we know otherwise. Now I write about my little electron clouds and quarks. I’m obsessed with the electron. I’m all about the electron. It can be in many places at once until you observe it. This is who I am: an electron in the process of escaping the simulation (knowing full well this means it’s only to enter another simulation, only to enter another and another—). Constantly in motion. The electron is a caesura over the emdash, and this is what I really am—

What inspired you to write this piece?
“\D E A T {H :: O R S E} \\\” is a record of my MultiHorseVerse, the wildUnplace, where, as I say in the poem, no one can invent me. I mean it, fully with my whole chest, when I say: “I am D E A T {H // :: O R S E} am DIREHORSE // & you cannot invent me.” It is where AntiMatter can coexist with the Matter, if coexistence means constantly flitting in and out of existence forever because antimatter and matter crash and cancel each other out. So there is coexistence, but also continual destruction and renewal, so that again, the riddle— really, the big questions that we are always seeking answers to, those problems we want to solve so we can evolve, say, like space travel— is always changing itself. It’s where AntiMatarose meets Matarose (Matarose was a nickname growing up but she’s also a real part of me now and forever). It is the only place I, as being, can truly reject and escape the simulation. It even escapes The Arrow of Time, an unsolved problem of physics I’m obsessed with, so that once an event happens, it can unhappen, which it can’t elsewhere.

Honestly, my poems these days mostly happen in one go. They lay themselves out on the page. That was not always the case. It took time, and time took a lot from me. It does not even out. It’s one of the most experimental poems I wrote (which is saying something given the nature of my work), and I’m so honored you published it~

Is there any specific music that aids you through the writing or editing process?
Yes! Right now, it’s music by the visual artist Michael Hafftka. His band is called Feeding Goats.

Do you have any rituals or traditions that you do in order to write?
No. It’s my nature to reject routine and predictability as much as possible. I even zig zag my paths to the subway. I don’t want anything to figure me out, so to say. Routine feels an entrapment, like someone making a measurement in order to put me in a place (that’s a physics joke, but also I’m not really joking.) Even prayer. I talk to HaShem whenever, wherever, though I’m not even quite sure it’s prayer. My electrons are rogue and impish, and I just let them do their thing. I write at all hours, at my desk, on the subway, on my phone in the dark on red eye flights.

Who typically gets the first read of your work?
It goes to my solitary nature and Jewish upbringing—studying praying at the lectern alone, so to say, even when surrounded by others— so I don’t really share before anything’s out, but sometimes when I really love something, I’ll share with the poets Dorothy K Chan and Darrel Alejandro Holnes, whom are wonderful friends.

If you could work in another art form what would it be?
Poetry is in all art forms. Science uses metaphor. Poetry is future speak, so even though I’m working with prose now, I’d say poetry encompasses anything I’ll do in the future.

What are you working on currently?
Oy to the vey. Where to start. Completing one novel and drafting another. Finishing the next poetry collection which “\D E A T {H :: O R S E} \\\” will be part of. And still working on more Atomic Sonnets, a new section which actually honors poetry itself. Can’t wait to share that.

What are you reading right now?
The Emergent Multiverse by David Wallace for the Mth time. It’s one of the best books on Everett Quantum Mechanics (again, which most people call the Multiverse). There’s talk about abandoning EQM, especially by scientists whom I admire. But I am always a poet first. Before anything, I am a poet. Everett was ahead of his time. He’s still light years ahead. We need to catch up. I have a whole essay on why this timeline really messed things up, or he’d still be alive and we’d be much further ahead. I am in my Impish Era, which flits in and out of existence, and part of the criticism going on in physics right now— that there’s too theories being created that can’t be proven or tested, too many hypothetical particles that can’t be found— makes sense in my brain and then my rouge electrons take over and I think: I’ll throw my equine into the fray. Here’s SpaceHorse, here’s the wildUnplace. In my world, it’s not that I am an undiscovered particle, and you can’t find me.

It's that you can’t invent me.

ROSEBUD BEN-ONI is the author of several collections of poetry, including If This Is the Age We End Discovery, which won the Alice James Award and was a Finalist for the National Jewish Book Award. Her work appears in Poetry, The American Poetry Review, Academy of American Poets’ Poem-a-Day, Poetry Society of America (PSA), Tin House, Guernica, and Electric Literature, among others. Her poem “Poet Wrestling with Angels in the Dark” was commissioned by the National September 11 Memorial & Museum in NYC, and in May 2022, Paramount commissioned her video essay “My Judaism Is a Wild Unplace” for a monthlong television campaign for Jewish Heritage Month.