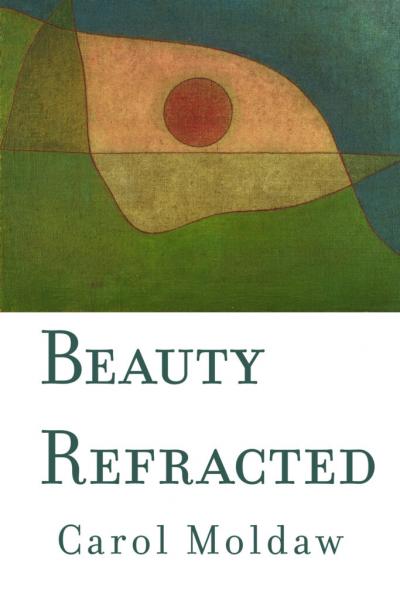 For years, Sue and I would collapse into hysterics
if one of us said "Stuttgart." We didn't have to say
"Mercedes factory" or "bedroom" or "Mom."
Just "Stuttgart" was enough to set us off,
—from "Stuttgart Revisited," Volume 63, Issue 2 (Summer 2022)

Tell us about one of the first pieces you wrote.
If I skip over earnest grammar school doggerel, high school self-conscious (and earnest) attempts, college (still earnest, still (more)-self-conscious) glimmerings, then the poem I mark as my first is “64 Panoramic Way,” the first poem (but not the oldest) in my first book, Taken from the River.  I wrote it in graduate school and the title is the address of the apartment I had left behind in Berkeley. I was homesick and, also, eager, even desperate, to write something beyond what I’d done in the past. I wanted to strike a note that I felt was wholly mine and to sustain it longer that I’d been able to before. I was shocked that after writing it I no longer felt homesick.

What writer(s) or works have influenced the way you write now?
The way I write now stems as much from how I’ve learned to write, through practice, as it does from who I was influenced by when I started. Louise Bogan, Theodore Roethke, Elizabeth Bishop, Seamus Heaney, are the poets who profoundly affected me when I began. At a certain point, one’s practice takes over though and I’m not sure that my current reading affects the way I write to the same degree anymore. While poems can still astonish me and I read with awe at times, amazed anew at the various, vast, and minute, ways poems have, I’m less aware of how and who I’m reading inches my writing practice forward.

What other professions have you worked in?
I don’t have any sustained experience in other professions. I dropped out of law school. Young, I worked for a caterer, in a retail warehouse and office, taking inventory, filling store orders. I taught composition. I’ve taught creative writing at the university level, in the Stonecoast low-residency M.F.A. program, have conducted a variety workshops, and was the Louis D. Rubin, Jr., Writer-in-Residence at Hollins University. Currently, I teach privately.

What did you want to be when you were young?
I wanted to be a writer from a ridiculously young age . . . not that the desire caused me to start writing volumes. Mostly it inspired me to daydream and to try to find words for ideas and feelings. I don’t think there was ever anything else I wanted to “be” . . . to do.

What inspired you to write this piece?
“Stuttgart Revisited” was inspired by the layering in my head of three things: an experience I had when I was young, a poem I’d already written about it, and my mother’s present-tense illness. It’s an alternate take with a different perspective. I liked finding a different way—different tempo—to describe the same experience and, also, discovering a different ramification, a new relevance, in it. I’m not sure why the memory the poems recount floated up, but it was always, as “Stuttgart Revisited” makes clear, a touchstone for my sister and me.

Is there a city or place, real or imagined, that influences your writing?
The landscape of Northern California, especially as it was when I was a child, with its rolling hills, empty but for live oaks; its coastal cliffs, redwoods, and eucalyptus, is planted deep in my psyche and occasionally surfaces in poems. I’ve lived in Northern New Mexico, first near and now in Santa Fe, for over 30 years. It’s my weather; it regulates my senses. Places I visit also influence me, but those are brief, if intense, flares— like affairs when the allure and fondness linger.

Is there any specific music that aids you through the writing or editing process?
Sometimes I like to settle myself before working, calm down or go into a bit of a trance. Sometimes I listen to something unfamiliar, but often I put on Mozart’s Horn Concerto No 1 in D Minor, Erik Satie’s Piano Works, or Brian Eno’s Discreet Music.

Who typically gets the first read of your work?
In recent years it’s usually one of three people: Jeffrey Harrison, Jenny George, Arthur Sze. All three are attentive, careful, demanding, honest readers. I love that their own work is so distinct—from each other’s and from mine, but with commonalities in our aesthetics. For me, the most important thing is my readers’ ear: that they recognize when something is off. By ear, I don’t mean only the music, but also the pacing, the tonality, the balance of lucidity and mystery.

What are you working on currently?
I just finished Go Figure, my seventh book of poems, the manuscript that “Stuttgart Revisited” is part of. There’s one poem that I started last year that isn’t part of the manuscript that seems to need to marinate before I work on it again. With the help of Irina Ross, a Russian friend of mine, I’ve started doing a few translations, of Akhmatova, Mandelstam and Tsvetaevya. I never felt I knew a second language well enough to translate from. I’m completely reliant on Irina and find the process absorbing. It’s a relief not to be starting with a blank page and then a revelation to follow closely great poets’ tracks. I also have a couple of essays in mind that I’d like to write, one loosely about mentors.

What are you reading right now?
I just started reading Elgin Pelicans by James Stotts. It came out in 2019 but I’m reading it for the first time. It riveted me for the get-go: it engages on a syllabic level and builds and thrills and surprises. I like to be engaged on the syllabic level. It’s practically a tactile experience for me, though there are other ways to get my attention. I just finished reading Linda Gregerson’s newest book, Canopy, which I also found riveting. I love how her thoughts are embedded in the syntax, which controls what she reveals and when and how. Gregerson’s intellectual brilliance encompasses feelings and is always in the service of the search for what is true.