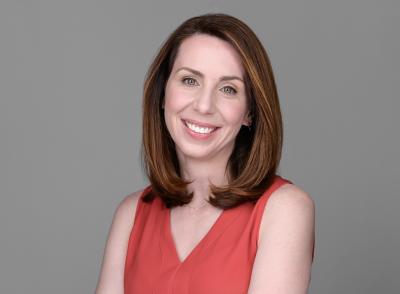 “We came to think of it as our painting: two figures
Embracing in a corrugated field, its patina of sunlight
And stroked grasses beside the soot-stacks of factories,
Their stern faces flat as prisons. Plumes of smoke
Unravelling the shirt of sky.”
—from “Factories at Clichy,” Volume 63, Issue 2 (Summer 2022)

Tell us about one of the first pieces you wrote.
In college, I wrote a poem titled “The Painter,” and it was one of the first I tried that felt as though it truly arrived: it grew from my fascination with artists' relation to their subject matter. I was a scholarship student, working various odd jobs. Serving as a life-model for artists was one of the least arduous assignments I had; it was far easier than tutoring or cleaning houses.

A friend of mine was a talented portraitist, and I also sat for her a number of times. Although I was keenly self-conscious after an accident, in high school, and an invasive surgery, I found the experience of being painted by someone I loved was freeing. I felt recognized—and removed from—my anatomical hotel or what Sir Philip Sydney calls, so aptly, our “clayey lodgings.”

What writer(s) or works have influenced the way you write now?
I was a comparative literature major, specializing in Latin, so I read a lot of Catullus, Horace, and Virgil and also studied the postwar second generation of modernists—especially Elizabeth Bishop, Robert Hayden, Sylvia Plath, Gwendolyn Brooks, and James Merrill. I'm drawn to contemporary poets such as Frank Bidart, Anne Carson, Ishion Hutchinson, Rosanna Warren, August Kleinzahler, and David Ferry who truck nimbly between antiquity and the current moment: harp in one arm, handsaw in the other.

What other professions have you worked in?
Before graduate school, I worked as a copywriter, kindergarten teacher, tutor, bookseller, and nurse's aide. I also worked at a sandwich shop, and I was briefly a terrible waitress. Alongside teaching, I've been a freelance writer and editor for about twenty years.

What did you want to be when you were young?
I wanted to be an astronaut until the Challenger space shuttle exploded: that was the great shock and reality principle for the five-year olds of my generation. I was in first grade, and we were confused when the shuttle suddenly became a cloud of fire. Then Sister Philomena was turning off the television and asking us all to say the Memorare as we realized that the astronauts had perished.

Thereafter, I committed to terra firma. I started writing poems and stories, and I thought, for a while, that I might become a Franciscan nun as I was taught by a dozen whip-smart, socially progressive Franciscans, many of whom were ecologists, feminists, and activists. A crisis of faith cured me of religious ambition, but I kept writing.

What inspired you to write this piece?
When I lived in St. Louis, I spent many hours at the art museum. Van Gogh's “Factories at Clichy” was a painting I revisited several times with my friend Lucie. After Lucie's death in 2018, I thought back to the last time we had seen it together. I had just taken a tenure-track job, and Lucie thought I was working too much, an ongoing quibble. In our conversation about that painting, I realized why Lucie was always harping about my work hours: they excluded her, and unbeknownst to me then, her time was limited.

Van Gogh painted the landscape in 1887, and it shows his interest in pointillism and his willingness to render social critique: Clichy is an industrial suburb northwest of Paris. In the painting, two small figures stand in a grassy field in front of smoke-spewing factories. The painter positions the fragility of human relation within a literal frame of industrial capitalism. Lucie and I both admired it.

Since I don't believe in séances, the only way I know to talk with the dead is to write to them. This poem also serves as a coda or afterword to a long poem “The Lucie Odes,” which received the Editors' Prize from The Missouri Review and then appeared in my chapbook, Parturition.

I haven't seen this painting since Lucie died, but paintings (and poems) inhabit us. They lend habitation to intimate thoughts and memories that have no other place to live.

Is there a city or place, real or imagined, that influences your writing?
I didn't realize I was still a Catholic, a faith I thought I'd renounced when I was a teenager, until I went to a secular university. Similarly, I didn't recognize that I was a New Englander until I lived in New Mexico, Missouri, and Indiana, and I couldn't take the measure of what it meant to be American until I lived abroad.

Travel—and geographic displacement—helps you see who you are, what landscape has formed you. When I lived in northern Indiana, for instance, I was desperately homesick for hills: driving home, I'd get teary-eyed in western Pennsylvania, relieved to be in the foothills of the Poconos. When I lived in New Mexico, I was both charmed and disoriented by the 180-degree horizon; I was continually walking in the wrong direction. And when I lived in Florence with the Uffizi down the street, I realized just how shallow Boston's proud historicity is.

You can't see what has shaped (or occluded) your vision until you live somewhere that makes you see how it is you conduct your looking, your liking, your affinities and aversions. 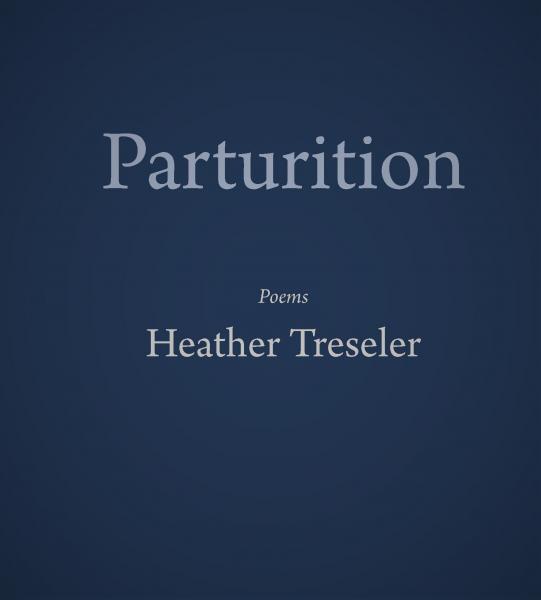 For the past ten years, my reader has been a good friend who happened to be taught by virtually the same two sets of poets in college and graduate school as I was. Our aesthetics are different, but we have similar intellectual footholds and complementary strengths. Complementary weaknesses, too. We provide a holding environment for each other's drafts: I trust him to tell me when something is underdone, overcooked, or on the mark. And he refrains from commentary until he feels that comments would be useful, waiting like a good psychoanalyst for the analysand to hear herself first and come to her own conclusions. Editing begins with listening.

If you could work in another art form what would it be?
I often wish I were a painter, but I don’t have the dexterity or skill; language has always been my bailiwick. As a kid, I turned empty address books into glossaries. I wanted to hoard all the words I encountered and put them in my “store.” This led to instances of comic mispronunciation: in some cases, it was years before I heard a word I'd learned—such as “concupiscence” or “sesquipedalian”—spoken aloud.

What are you working on currently?
I'm finishing a full-length manuscript of poems. I'm also working on an essay that feels in danger of becoming a book.

HEATHER TRESELER is the author of Parturition, which received the Munster Literature Centre’s international chapbook award. Her work appears in The American Scholar, Harvard Review, and The Iowa Review, among other journals, and her poem “Wildlife” was chosen by Spencer Reece for the 2021 W. B. Yeats Prize. She is professor of English at Worcester State University and a Resident Scholar at the Brandeis Women’s Studies Research Center.