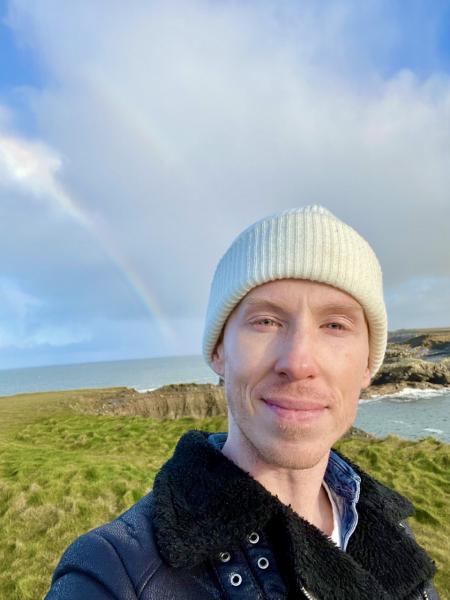 Ellen Doré Watson and Deb Gorlin have selected Robert Whitehead's poem "David" from MR's Spring 2021 issue (Vol.62, Issue 1) for the prestigious prize. A virtual reading with Robert Whitehead will be held May 26th on Zoom.

From the judge's note: "By retelling the story of the fabled hero, the breathless narrator of Whitehead’s inspirational, of-the-moment poem, exhorts us to be like David, to marshal our own naked energies and hard-won hopes, our own ‘all-he-had-to-fight,’ to win an improbable victory over the Goliath-like perils in our midst. Whitehead insistently but tenderly leads us to a new understanding of heroism, one that is not a monolithic state of steady bravery. His canny use of hyphens and dashes reveals that courage is instead a mix of muster and mastery, of struggle and success, of fear and fearlessness—this is the state of mind we must develop to be ready to hurl the rock. By the poem’s end, Whitehead has thoroughly convinced us to heed his thrilling imperative not to run from it."

Robert Whitehead received his MFA from Washington University in St. Louis, and has been a fellow at the Bucknell Seminar for Younger Poets, Ashbery Home School, and Vermont Studio Center. His work has appeared or is forthcoming from Gulf Coast, Denver Quarterly, Verse Daily, The Collagist, and elsewhere. He lives in Philadelphia, where he works as a writer and graphic designer for a university hospital.