The Climate Change in Me (3) 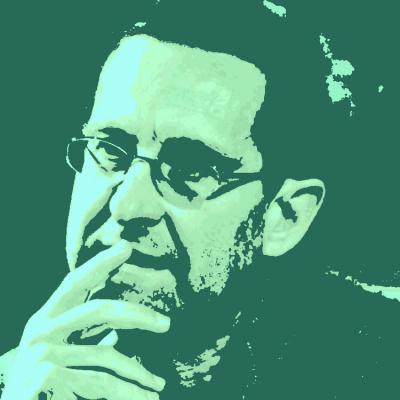 Inside me, though, there is also a writerly self. This me is like a ferocious crocodile that fights to find food and freedom. He’s used to winning and often tears his adversaries to pieces in a single bite, so he’s a pretty fearsome beast. This writer/crocodile self argues that all that stuff about responsibility is nonsense; he tells me that what I have to do is continue to write my books, since they unfailingly engage in the most visceral and intimate nature of human individuality, without wasting my time with anything else. I can already barely manage to do that, he raves, in his cunning Cretaceous reptile voice. He hints that whatever talent I have is limited, so let’s not even think about trying to add environmental activism to the mix. That’s all we need! And, he insinuates, we haven’t even taken into account that militancy isn’t what I’m made of, that I’ve always been uncertain and full of doubts. Activists always know what needs to be said and done, whereas I never have any idea, and I never stop asking myself whether what I think is correct. Agitators stir up crowds with their charismatic voices, whereas my frayed, faint voice has never stirred up a soul; it struggles even to be heard. And it’s not as if now, at my age, I’ll suddenly change from night to day.

What I need to do is write my novels and stories, he tells me, and try to save them from utter mediocrity, without worrying myself about the climate changing or not changing, and without caring about this new Promethean illusion of subjugating nature, without listening to anyone. To keep on writing in solitude, as I’ve done for decades, sacrificing friendships and social activities, and ruining my health. This process has led to some results, he tells me, and I have to continue on as before, tossing this environmentalist whimsy into the non-recyclable bin. As I’m the first to know, he tells me, engagement never helps in writing, cutting me to the quick. And me it would help even less, since I’m not cut out to be a coherent intellectual; in my novels and stories I’ve always followed contradictory twists and turns, including the most horrific sort, in the human psyche.

This crocodile self—riddled with the individualism that rules contemporary culture, with roots dating perhaps to late Romanticism—neglects the fact (or perhaps only conceals it from me) that in my recent novels environmental issues are increasingly present, that bit by bit they’ve even become the undisputed protagonists. He glosses over the fact that the novel I just wrote is called Earth, and that its storyline happens to follow a soil scientist to whom no one pays any attention. As is well known, ending up in a novel is not an unusual fate for autobiographical materials, despite all efforts to avoid it. To be precise, the powers that be take note of my protagonist only when their intrinsically destructive methods have proven to be disastrous, when it’s too late. The crocodile novelist within me ignores this obvious contamination, he speaks as if the writing and my work as a soil analyst were still two closed compartments, as in fact they were for decades. With his usual method (which is less than courteous, or to be frank, brutal), he tells me to keep writing about men and women who’ve lost their minds, without worrying about anyone.

He doesn’t see, or pretends not to see, that willing or no he himself has borrowed something from my militant self and been influenced by him. Or perhaps he does see this, and that’s the reason why he is always so annoyed by the activist, and simply can’t stand him, much like those couples that wage a cruel war of position, without realizing the point to which their reciprocal influences have already taken hold. I wouldn’t want the quality to sink even lower, he says. Given that we’re already on the verge of dilettantism, that would be a disaster, he adds, showing me his sarcastic claws. I try not to listen to him, telling myself that he tosses off all sorts of nonsense, but I’m actually particularly sensitive to such charges.