Tell us about one of the first pieces you wrote.
The first intentional poem I wrote, for a dramatic monologue workshop with the poet Ai, was a 53-part series imitating Edgar Lee Master’s Spoon River Anthology, and it’s a piece that has been published as a poem and as a short story, but since my “Anthology of a Spoon River AIDS Walk” was based on real people and the things they actually said, I’d argue that it can also be a lyric essay. I think it’s indicative of how I write: blending forms and genres and avoiding easy classification.

What writer(s) or works have influenced the way you write now?
Elissa Washuta’s first collection, My Body is a Book of Rules, got me really excited about hermit crab forms, and certainly ignited a fire to create more lyrical nonfiction. The short stories of Julio Cortázar, Felisberto Hernández, and Leo Maslíah are probably most influential in my current short fiction.

What other professions have you worked in?
I worked in journalism for decades, as entertainment editor for a Colorado daily paper and assistant entertainment editor for The Advocate magazine. That was a great job for its perks in free books, music, and theater tickets, as well as for the opportunities it gave me to interview interesting artists and produce writing on a daily basis. I also financed most of my younger life and education by waiting tables. Working in restaurants is also how I learned to cook. 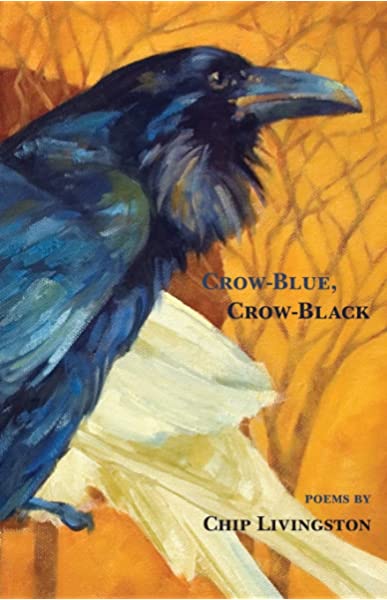 I guess my first idea was to be a herpetologist. Then I thought I wanted to be a businessman so I could rise to the middle class. I first studied journalism thinking at least it was a way to work with words. But teaching is really what brings me most joy and satisfaction. I love seeing my students get their work polished and published. I love talking about all the facets of writing. I’m super grateful I’ve been able to make a living immersed in my greatest passions.

What inspired you to write this piece?
I wanted to write something about having been a gay Native in a straight white fraternity. I’ve touched on those days in poetry, but “The Raid” is my first fictional exploration. It includes echoes of my experience, but also assumes ramifications experienced by another two spirit friend.

Is there a city or place, real or imagined, that influences your writing?
Definitely the Florida-Alabama border where I grew up is the setting of most of my fiction, or it’s the home the protagonist leaves. I think my poetry is now most influenced by Uruguay, Uruguayan culture and nature, Uruguayan poets, the Uruguayan version of Spanish spoken here.

What are you working on currently?
I’m trying to finish a couple of longer short stories right now, and working on a book project editing the letters between fiction writer Lucia Berlin and poet/librettist Kenward Elmslie.

What are you reading right now?
I just finished White Magic by Elissa Washuta. I’m floored by its genius composition. It’s a book of essays, but novelistic and lyrical in its approach, and while the essays stand alone, the arc and compilation, sequencing, and accumulation of memoir and investigation produce a stunning composite whole. I’m eager to start reading it again.

CHIP LIVINGSTON is the mixed-blood Creek author of two poetry collections, Crow-Blue, Crow-Black and Museum of False Starts, a novel, and a story and essay collection. His writing has appeared in Ploughshares, Prairie Schooner, Mississippi Review, Cincinnati Review, Subtropics, and New American Writing, among other journals. He teaches in the low-res MFA program at Institute of American Indian Arts in Santa Fe, NM, and lives in Montevideo, Uruguay.