But what is a Chinaman to do with Africa,
I hear you ask, on the great green waters that separate

the forets of Madagascar from Mozambique Island,
where half a million women and men walked down

Tell us about one of the first pieces you wrote.
One of the first serious stabs at poetry I wrote was about eating in a restaurant. I looped in every poetic device I possibly could, experienced or not, and somehow ended the poem in an apple orchard in Ontario. Still, it was the first poem I wrote that made me consider where I might travel in a poem, geographically and metaphorically. Whether the travel was appropriate or not was not a question I’d consider yet.

What writer(s) or works have influenced the way you write now?
There are writers whom I love and hope they influence me; I’m not really sure. Right now I’m glowing in the works of Henri Cole, Frank Bidart, Natasha Trethewey. And I recently returned to Gwendolyn Brooks, whom I haven’t read in many years. It was invigorating to find her even more devastating, witty, and fierce than I could have understood in my teens and twenties.

What other professions have you worked in?
Haha, I’ve worked as a copyeditor for children’s novels and nonfiction books; a grumpy assistant in my mother’s insurance agency; and I used to sell hair bands when my parents sold wares at a flea market. I was four years old and couldn’t tell the difference between “five for one dollar” or “one for five dollars.

What did you want to be when you were young?
As a nerdy but not very studious child, I wanted to be an “arthur.” From an early age I thought I’d write fiction, but things took a turn when I realized how little I enjoyed the work of evoking setting, characters, and narrative in a long form. What labor! As with music, I’ll simply enjoy consuming it.

What inspired you to write this piece?
Both my parents lived sprawling, international lives, both as refugees and aspiring immigrants. In my father’s last years, he told me of his voyage from Hong Kong to Brazil. As he described the pleasure of exploring Durban and Capetown, it struck me that part of his voyage traced the route slave ships took from East Africa to Brazil. I learned that after the Europeans had brutalized West Africa to such extent that they couldn’t find more people to enslave, they went to East Africa. Mozambique was a major port. And I thought, what a strange intersection! A man from China who’s fleeing his own country’s atrocities, encountering another culture’s horrific atrocities now as a tourist. What could he have thought? What could he have imagined? So I wrote the poem. 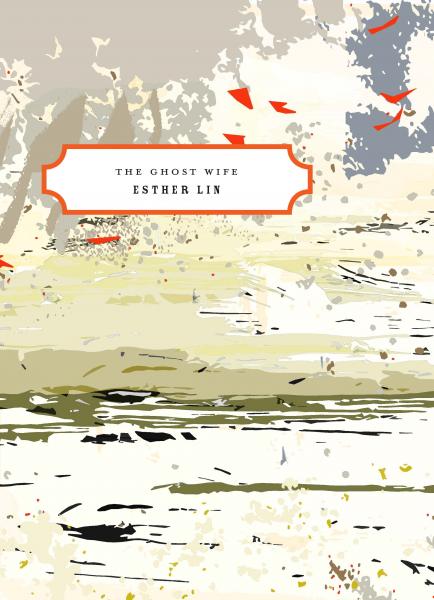 Having been undocumented, I suppose many places and no place inform my writing. I often imagine Brazil, where I was born, but it’s a romanticized vision; I often think of NYC, where I grew up, and that perspective is overly grim. The safest place is in one’s own mind; that is my true nation, I suppose.

Is there any specific music that aids you through the writing or editing process?
While I’m writing, I listen to Schubert, Bruch, and Strauss these days. Perhaps perversely, I’m very fond of Orientalist operas of the nineteenth and early twentieth centuries, like The Pearl Fishers. They give me a lot to mull over. One part of my brain feeds on the music while the other part tries to create order.

If you could work in another art form what would it be?
Don’t all poets say musician? If I could sing, even poorly, I wouldn’t have bothered with writing. I would have loved to play the violin or cello, but alas I have no such talent. Luckily, listening is probably far more worthwhile for someone like me.

What are you working on currently?
I’m currently working on poems that are more internal, more psychological. In the last few years, I’ve felt the pressure and motivation to report, report, report on the complex lives of my parents, my own complex life as an illegal immigrant, and now I’ve stopped. The psychological repercussions of their trauma and my own are so great that I can’t ignore them. So, though I’m still writing about these issues, I’m thinking about them from a much more inward, even infantile, perspective. I’m also writing about what gives my life color and meaning love, heartbreak, friendship. Trauma and historical events are only two dimensions; one must write about more.

I also co-organize the Undocupoets, with Janine Joseph and Marcelo Hernandez Castillo. We promote the work of undocumented poets and award an annual fellowships of $500 to two current or formerly undocumented poets. Each year, we receive applications that dazzle us with how very different each experience is; each poet, their concerns, and their aesthetics. If you’re interested in our work, please consider donating here.

What are you reading right now?
I most recently read Christine Garren’s Among the Monarchs, which I identified with and enjoyed tremendously. And I’ve started Trethewey’s memoir, Memorial Drive, which is lucid and painful.

ESTHER LIN was born in Rio de Janeiro, Brazil, and lived in the United States as an undocumented immigrant for 21 years. She is a 2020 Writing Fellow at the Fine Arts Work Center in Provincetown, and author of The Ghost Wife (Poetry Society of America 2017), and winner of Crab Orchard Review’s 2018 Richard Peterson Prize. Her poems have appeared or are forthcoming in Gulf Coast, Hyperallergic, New England Review, Pleiades, Ploughshares, and elsewhere. A 2017–19 Wallace Stegner Fellow, she currently organizes for the Undocupoets, which promotes the work of undocumented poets and raises consciousness about the structural barriers they face in the literary community.