Over the last three years, many of the news items I've recorded in paint have seemed funny, surreal, or even unbelievable—but some were disturbingly sad: for example, Kids-in-Cages. Because of resolute news people and a few inquiring members of Congress, it was exposed that our government was imprisoning hundreds, even thousands, of families at the border. Kids were separated from their parents and housed in metal cages, living under rules like: Do not touch another child even if that child is your little brother or sister. How do you tell a three-year-old such a thing? (Taking into consideration that the workers and the children often did not even share a common language.) Because of inadequate housekeeping and care, many became sick, some died, and due to uncoordinated record-keeping, many would never be returned to their birth parents. People all over the world were horrified, and the last surviving chief prosecutor at the Nuremberg Trials labeled the program a "crime against humanity." 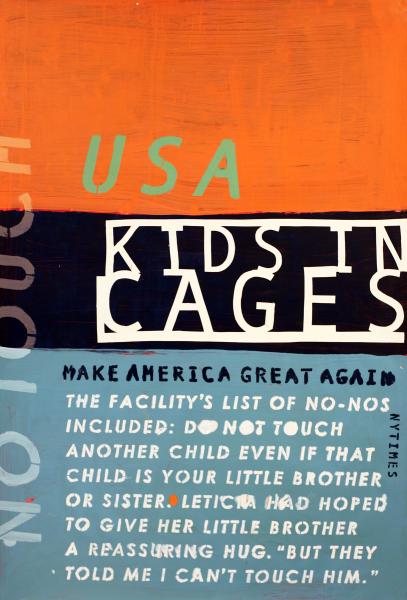 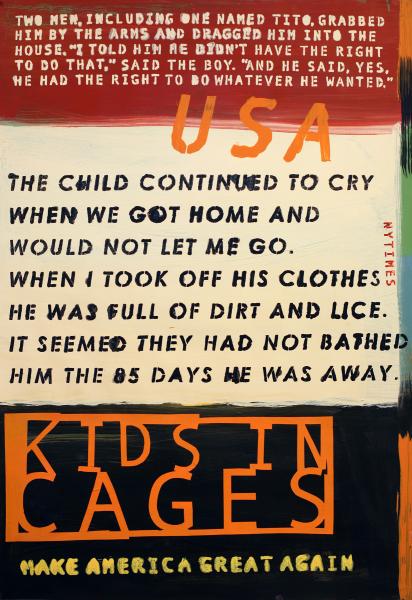 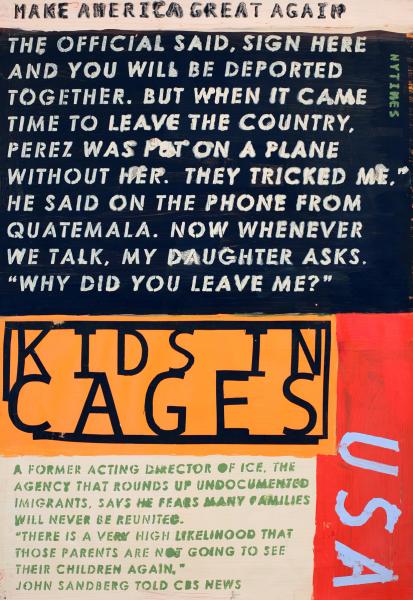 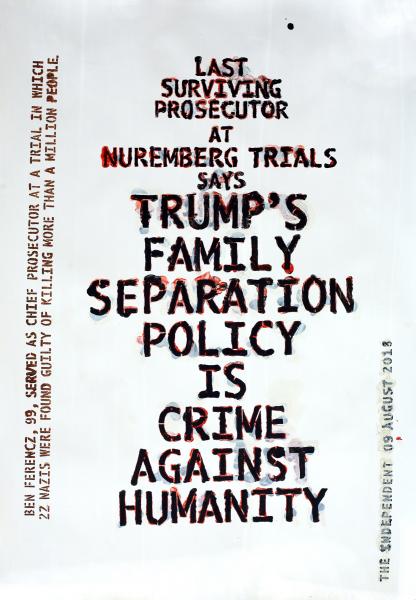